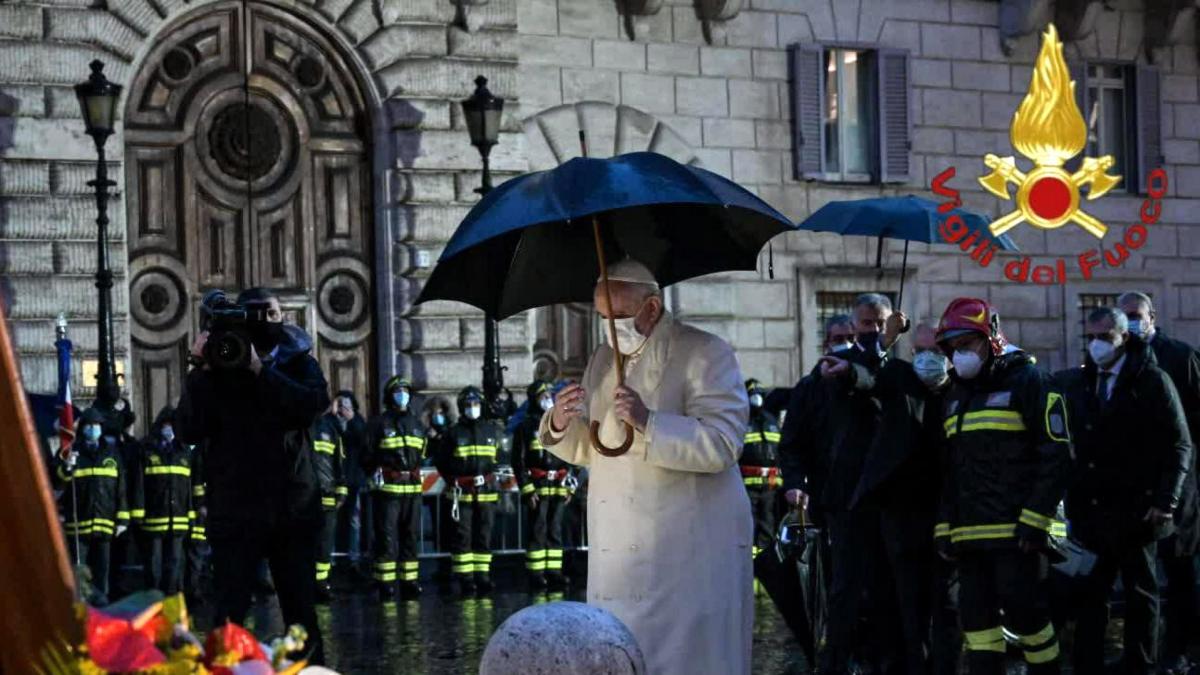 The Pope did not want to miss his appointment with the statue of the Virgin of the Immaculate in the Plaza de España in Rome and has attended incognito first thing in the morning to pray before her privately for about ten minutes.

As reported by the Vatican press office, Francis arrived at 7:00 in the morning “to carry out an act of private veneration of Mary Immaculate.” In the photos taken by the few journalists present, the Pope is observed with a black umbrella that protects him from the heavy rain praying before the image of the Virgin of the Immaculate placed before the embassy of Spain before the Holy See.

“Watch with love for Rome, entrusting to all those in this city and the world who suffer from diseases and discouragements”

The pontiff has placed a bouquet of white roses at the base of the column that supports the statue of the Virgin and has addressed her in prayer so that “she watches with love for Rome and its inhabitants, entrusting to all who in this city and in the world they suffer from diseases and discouragement “, according to the Vatican information.

The pontiff arrived at 7:00 a.m. and at 7:15 a.m. he went to the Basilica of Santa María Mayor where he prayed before the icon of the Virgin ‘Salus Populi Romani’ where he celebrated a private mass in the chapel of the Manger to return later to the Vatican.