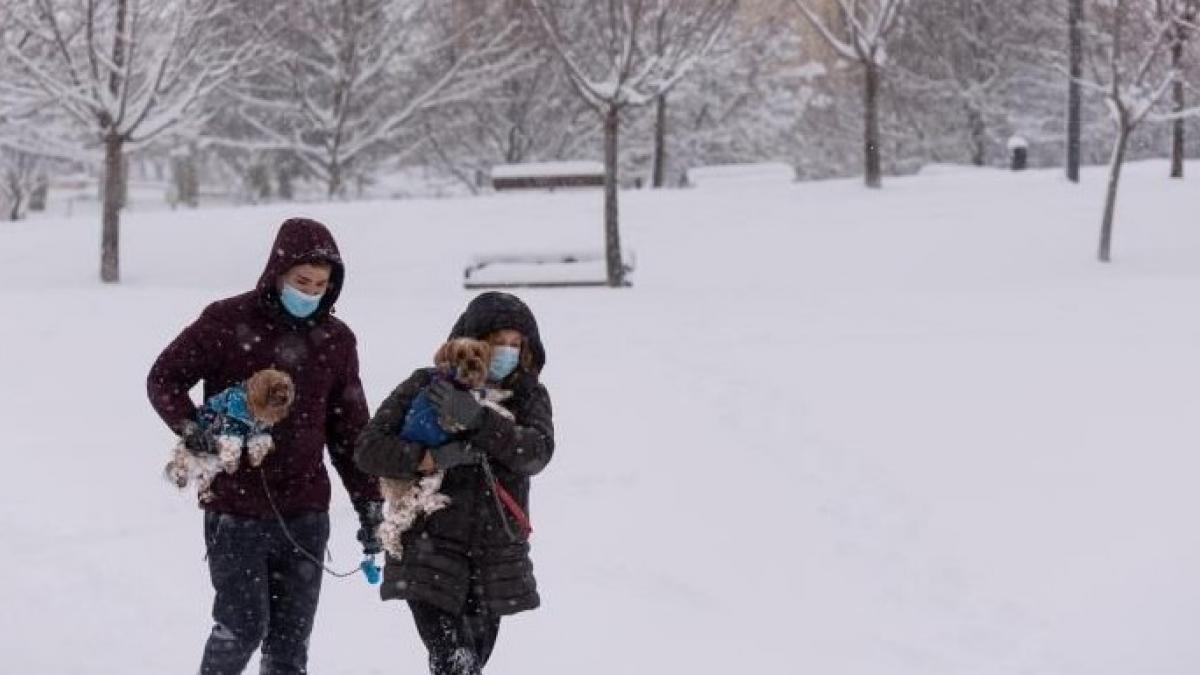 The storm Filomena, which this Saturday put the province of Guadalajara on a red alert, has caused snow accumulations of up to 1.20 meters high in points of this province.

The Delegation of the Board in Guadalajara has provided this information in a statement, in which it has reported on the meeting held this Saturday of the Center for Analysis and Provincial Monitoring (CASP), and in which it has affirmed that all the machinery of the Administration central, regional and provincial is working in coordination to achieve the restoration of mobility in the province.

On the other hand, throughout the night from Friday to Saturday, the workers of the public company of Environmental Management of Castilla-La Mancha (Geacam) have provided supplies to 1,800 people that have remained in 900 heavy vehicles that have been in the pockets of Alcolea del Pinar, Torija and Area 103 due to the restriction of movement of this type of vehicles throughout the province, which remains for this Saturday.

It is expected that these days will be repeated supplies and they can even be expanded, since some service areas that had restoration this Friday may not be able to continue guaranteeing it this Saturday.

Likewise, some problems in the landline network in municipalities of the Molina de Aragón region, where mobile telephony is operating.

Regarding the operation of the Diputación de Guadalajara, it has been decided to dedicate one of its snowplows to keep entrances to the hospital passable from Guadalajara.

It has also provided salt to the health emergency services in order to facilitate the mobility of the ambulances and the administration of the vaccine against Covid-19 has been guaranteed in the social health centers that were foreseen in the vaccination calendar for this Saturday.

For its part, the Guadalajara City Council has decided close the cemetery and to suspend the burials scheduled for this Saturday, since it is an area with numerous trees and a thickness of snow that is difficult to clear.

In a press release, the Consistory has asserted that members of the Local Police, Civil Protection, the fire department and municipal workers and all the contractors they work “without rest” to face the consequences of the storm Filomena.

He has reported that, during the night, there has been 155 listings, many of them related to the fall of branches and large trees in places like the Plaza de San Esteban, the Plaza del Jardinillo or the parks of the Constitution and Coquín.

The Guadalajara City Council has indicated that, despite the spectacular incidents, we only have to regret “minor material damage” on public roads and in some parked vehicles.

Even so, the local administration has recalled that the risk of falls and landslides It is extreme and has asked citizens not to go out onto the public highway.

Has indicated that the urban transport service is still suspended and it has anticipated that, when the road allows it, two emergency lines will be enabled with headwaters in the Hospital, RENFE, Los Manantiales and Los Valles and transit through the main streets of the city.