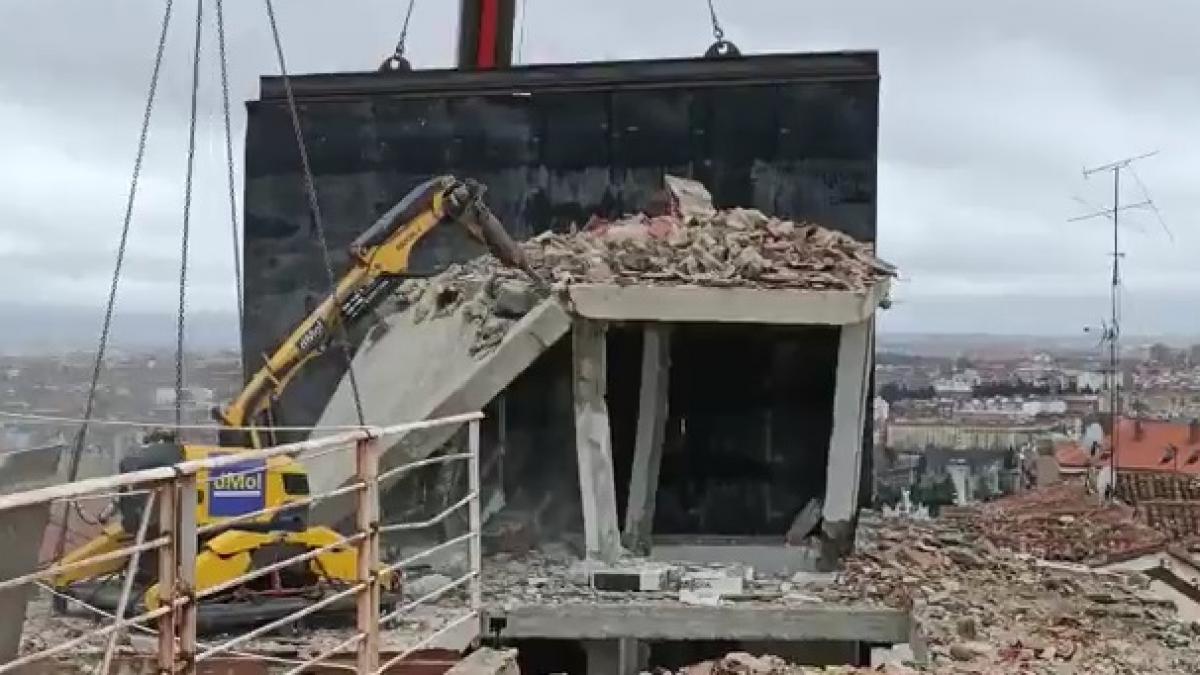 The robots working on the demolition of the building on Calle Toledo 98 that exploded on Wednesday due to a gas leak have demolished this Saturday the upper cassette of the building, which had a greater risk of falling towards the La Salle schoolyard and the street.

This was indicated this afternoon on Twitter by the councilor delegate for Urban Development of the Madrid City Council, Mariano Fuentes, who has indicated that it has been bitten and touched in the exact area of ​​the tower so that fall into the building.

In addition, municipal sources have also confirmed that the neighbors of block 104 have returned to their homes and their gas supply has already been restored. But those of number 102 cannot return yet because homes are more affected, although this morning they have been able to go see them and collect their things, accompanied by firefighters, for a few minutes.

In Toledo Street, the upper cassette that had a greater risk of falling towards the schoolyard and street has already been demolished.

It has been touched in the exact zone so that it fell towards the interior of the building. pic.twitter.com/gl3IYfaSpp

The gas explosion occurred at 3:00 p.m. this past Thursday in the building at number 98 on Toledo Street, which left the property uncovered and caused the death of four people and left 10 injured. Shortly before, an electrician had come to check the boiler, which was malfunctioning and whose repair had been delayed by the heavy snowfall.

A total of 23 teams from the Madrid Firefighters, 28 Samur units and Civil Protection they went to Toledo Street after the explosion, which was heard for several kilometers around and shook the buildings in the vicinity.