(CNN Spanish) – You probably saw the image on social networks or in media such as El Comercio from Peru, El Universal from Colombia and Clarín from Argentina, a capture of a video of an alleged Manchester United fan burning Cristiano Ronaldo’s shirt at the Red Devils, with a forceful headline: “The imminent arrival of the Portuguese to the City aroused the ire of the fans of the classic rival, where CR7 was an idol”. But it is not true. 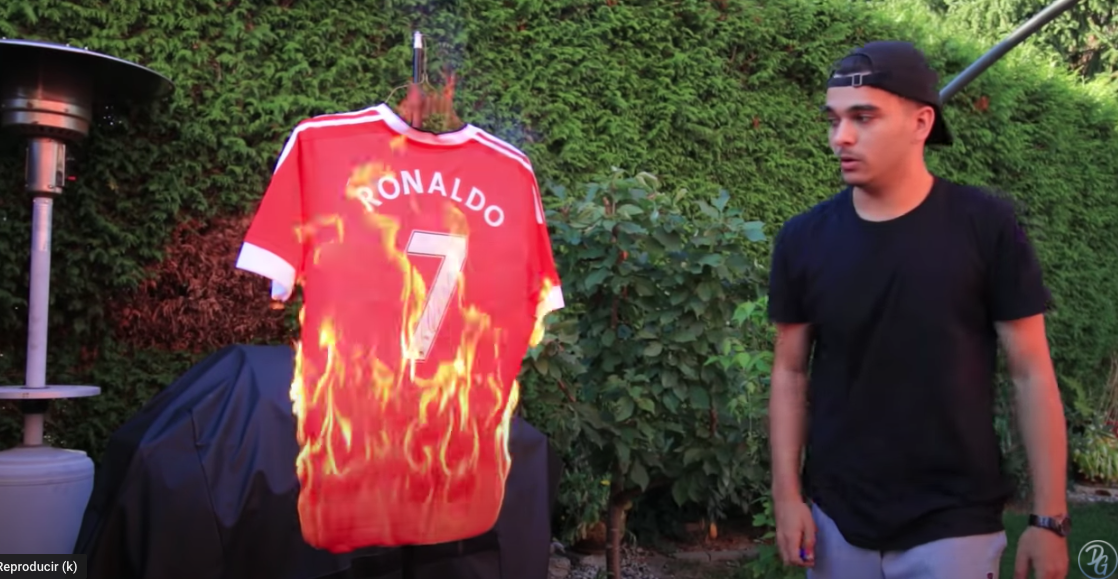 While United fans may have been upset during the hours when the truth of the transfer was unconfirmed, this particular video is false in that context.

The video was published on September 29, 2017 by Canadian youtuber Derek Gerard as a prank, a joke against his friend. The shirt, in effect, was signed.

It was cruel revenge. But it was a personal quarrel of youtubers (over a previous joke about toys) and had nothing to do with Cristiano Ronaldo, with Manchester City or even with Juventus.

It had nothing to do with soccer.

Derek Gerard himself was in charge of denying it on his social networks when he saw a publication of the newspaper Olé.

Apparently the video went viral when the user @ 49gunsalute posted it on Twitter yesterday, taking it for granted. But in response to that tweet, the user @WiizoUTD was in charge of showing that the video was from 2017.

Despite the rumors, an arrival of Cristiano Ronaldo to City, although possible, was only on the level of speculation. Reports indicate that City did enter the bidding. But it is known that the player considers United his home, it was where he was formed as a global star and although in the world of football and millionaire businesses nothing can be ruled out (Messi left Barcelona, ​​after all), that CR7 reached the rival team would have been an exceptional event … that ultimately never happened.

Related news Mark Zuckerberg has presented the metaverse, his vision of how social relationships will evolve on the internet. A...

Samsung wants to end the lack of semiconductors: in 2026 it will triple its production of chips | Technology

The Korean company is convinced of becoming a benchmark within chips despite being already the leader in its sector, and...

There is no doubt that the Google translator is one of the most used tools today of all those that...

In this article, ComputerHoy could receive a commission for your purchases. More information. Apple's new smartwatch with a larger screen,...