These are the mobiles that will be left without Internet access on September 30: All models

Today, virtually all mobile phones have access to the Internet, thus allowing the user to perform all kinds of Actions and download any app. From the day September 30th This situation will change for many mobiles, due to the expiration of the DST Root CA X3 certificate.

This document is essential to verify the security of the web connection, and expiring this Thursday will cause some mobiles, both Android like iPhone, they will be directly affected. In other words, you will no longer be able to use the Internet on them.

Know all the mobile devices that will be obsolete

As the researcher has assured Scott helme On its official web portal, many devices (mobile phones, computers, laptops, servers …) will be affected as of Thursday, and they are the ones that have these web browsing components: Windows less than XP SP3, MacOS less than 10.12.1, ios less than system 10 (includes the iPhone 5 as an older model that can be updated to iOS 10), Android less than 7.1.1, Mozilla Firefox less to version 50, Java below version 8 and Java less than 7. 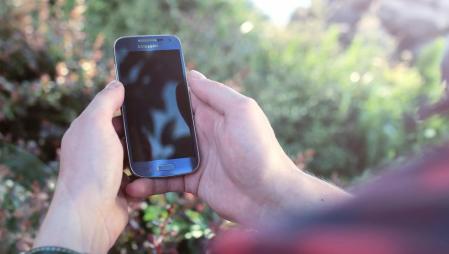 If you have an old mobile, be careful because you could run out of Internet from tomorrow

On the other hand, will also be affected by this expiration that takes place tomorrow Thursday are “all that depend on the OpenSSL 1.0.2 library or earlier, released on January 22, 2015 and last updated as OpenSSL 1.0.2u on December 20, 2019 “, Helme assured.

Thus, the possible mobiles and electronic devices affected would be the following: the mobile Blackberry, with versions less than 10.3.3, the operating system Jolla Sailfish OS, less than 1.1.2.16, and the Playstation 4 with ‘firmware’ or lower, etc.

The new certificate will last until 2024

The researcher also assured that “since older Android devices do not check the expiration date of a root certificate when they use it, Let’s Encrypt you can keep chaining them until the expired root certificate, without any problem on those old devices. “

Once the certificate DST Root CA X3 expires, will enter into force on ISRG Root X1, which will be valid until September 30, 2024. In case we want to maintain secure connections to the Internet network, the old devices should be updated.

The brutal chop of Hamilton and Verstappen in Austin