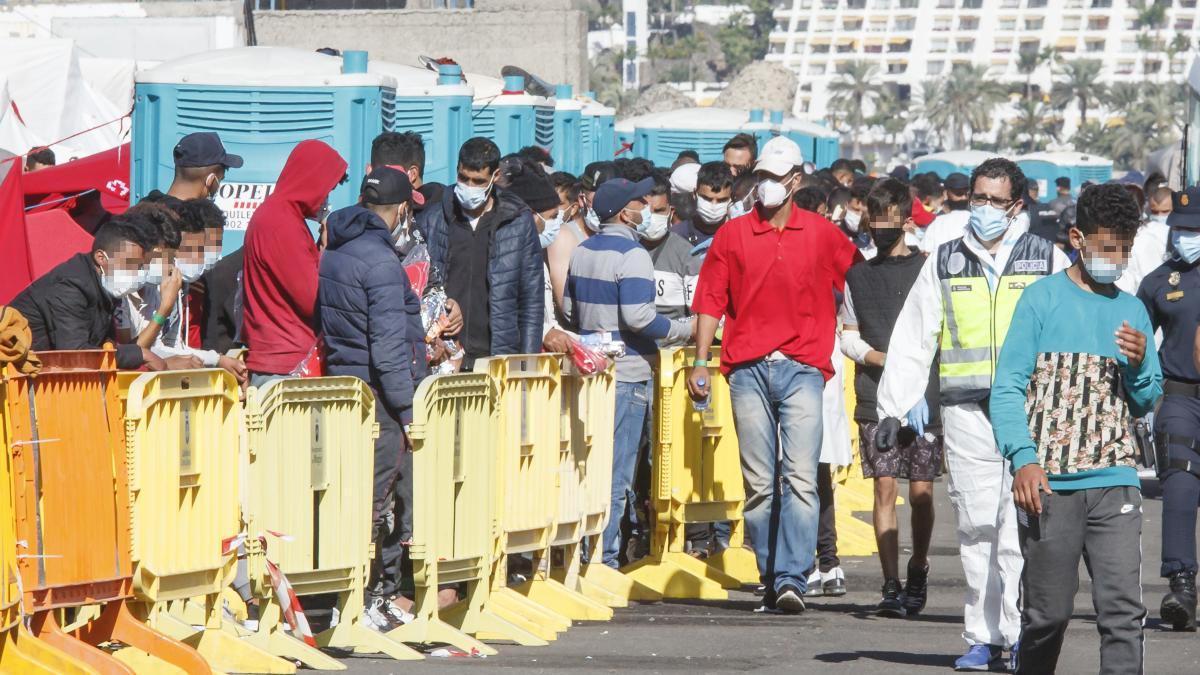 The mayor of Granada, Luis Salvador (Citizens), has criticized this Tuesday the Minister of the Interior, Fernando Grande-Marlaska, because “it does not seem very normal that in a pandemic like the one we are suffering at this time, the minister mounts a flight, send immigrants to the interior of the Peninsula, release them in Granada, as you have been able to release them elsewhere, and you leave them to your free will “, and also “without warning”.

In an audio sent to the media, the councilor censors these events based on “WhatsApp videos” that were spread virally on Monday night in which they saw a chartered flight from the Canary Islands to Granada, where immigrants were coming. “without any kind of police control” and “without anyone waiting” upon arrival, and you can see how they are asked if they had had PCR tests and they said no.

The mayor has reported that he has asked the subdelegate of the Government in the province, Inmaculada López, and “the answer is that they came in order and that, therefore, they could circulate wherever they wanted. “

📽 Without PCR, without police control, without anyone asking where they are going or where they come from.

⚠️ According to police sources, more than 4,000 have already arrived on the Peninsula.

“It does not seem to me at all normal that this is the position of the Minister of the Interior, without notifying any authority, without notifying us, the Granada City Council, nor, I imagine, not advising the Junta de Andalucía and acting in that way “, has censured the mayor, who has announced that the City Council is going to file a complaint about it.

The Board accuses the Government of “disloyalty”

The vice president of the Junta de Andalucía, Juan Marín, declared this Tuesday that the central government has “communicated absolutely nothing” to the Andalusian Administration on the flight arrived at the Granada airport with about 200 immigrants from the Canary Islands, which has criticized the “disloyalty” of the central executive of the PSOE and United We Can.

In an interview on Canal Sur, Marín explained that, after viewing the aforementioned videos himself, he sent them to the Minister of the Presidency and the Interior, the popular Elías Bendodo, because the Andalusian Government had knowledge of flights of this type to Seville airports and Malaga, but “absolutely nothing had been communicated to him” about this flight to Granada from the Canary Islands.

That is why he has shown his “surprise” and has criticized the “Disloyalty” of the central government of the PSOE and United We Can with regard to the Junta de Andalucía. As he has said, Elías Bendodo has tried to obtain information “in writing, by email and by phone call” from the Government delegate in Andalusia, Sandra García, but so far he has not obtained “any information, not a single response.”

In that sense, he recalled the Andalusia perimeter closure decreed by the Andalusian Government in the face of the pandemic, which restricts the entry of people to Andalusia to strictly “essential” reasons.

“We do not know with what authorizations these people have come to Andalusia, come from where they come and whoever they are,” said Marín, insisting that the central government is acting with the Junta de Andalucía “with absolute disloyalty in all terms and areas. , for a long time. “