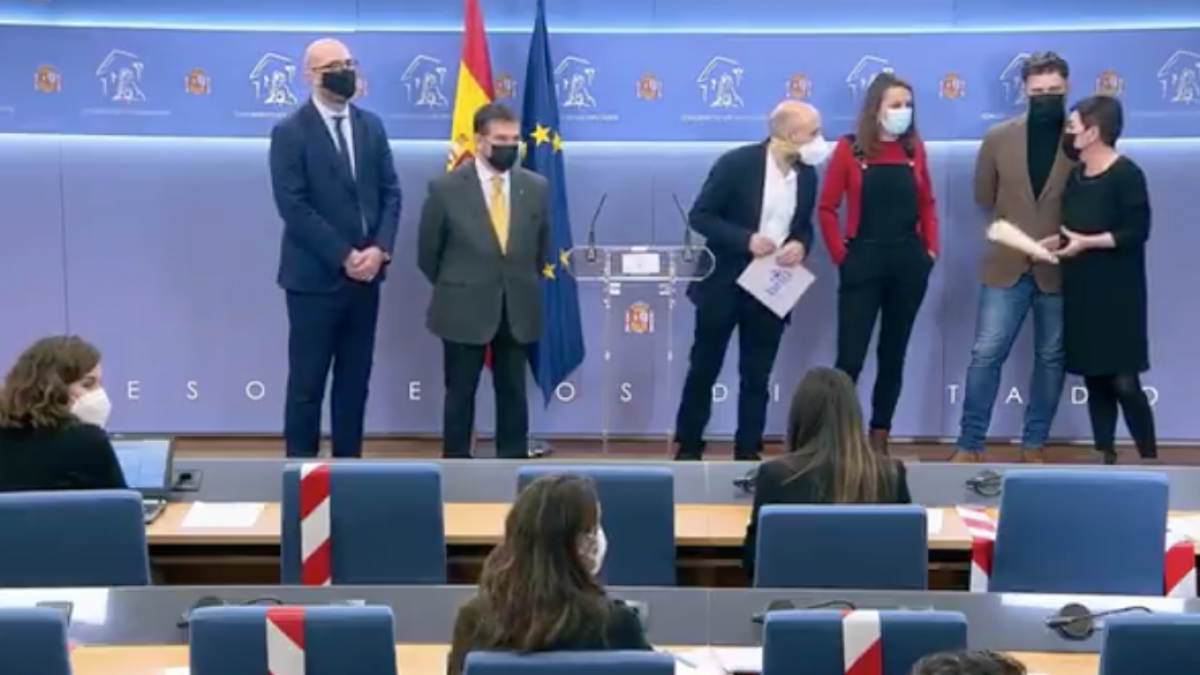 ERC, Junts, BNG, Bildu, CUP and PDeCAT have starred in a new controversy in Congress. All these nationalist parties have refused this Tuesday to use Spanish in an appearance in which they announced the signing of a manifesto against the “regime of 78”. For them, the State “is the padlock that prevents Catalan, Basque and Galician citizens from advancing in the” necessary “scenario of freedom and social justice”.

But the problem came when, at the end of the explanation, the journalists present in the room asked that the explanations be repeated in Spanish. “Everything is in the statement,” said the CUP deputy, Mireia Vehí. There was no further response despite the fact that all the deputies chatted to assess this possibility, which in the end was not given.

This controversy also occurs on the day that Congress commemorates the coup of 23-F, with a solemn act in the presence of King Felipe VI and the members of the Government. The pro-independence formations, on the other hand, have been planted and refused to attend this event. “We are forces that share the objective of a democratic break with the regime of 1978, which supposes the national and social denial of the rights and freedoms of our societies and our peoples,” said manifesto begins.

The journalists, after what happened, have shown their discontent. “We journalists are decorated,” said one of them while the deputies involved left the press room without answering questions, because they limited themselves to saying that it was an appearance, precisely, “without questions.”

“40 years ago, after the events of 23-F, a State operation reinforced and armored the pillars and values ​​of the regime established in the so-called Spanish democratic transition, with the figure of the King and the Army as its greatest guarantors. Pillars and undemocratic values ​​from which the repression, inequality, injustice, corruption, infringement of rights and the curtailment of freedoms are born, which are maintained to this day “, reads the text.

In this sense, they warn that while the Spanish State continues to be supported by the same political, judicial, police and monarchical estates as 40 years ago and the “right to self-determination” is not recognized and there continue to be “political prisoners, exiles and repression”, “neither will democratic normality exist, nor can this State be considered a full democracy.”