this is how ‘La Diabla’ treated the women who prostituted in Barcelona, ​​Zaragoza and Asturias

Calling itself Donatella or La Diabla. He was born a man, he feels like a woman and exploits all the women and transsexuals he can for at least three years. He did it, according to the investigation of the national police, in flats of Barcelona, ​​in Oviedo and in a road club in Caspe (Zaragoza), too in different cities of Germany. Her real name is Leudis Isaac Corro Camacho and she is the most wanted fugitive in Spain.

‘La diabla’, in an image of Europol’s most wanted fugitives. |

La Diabla managed to flee from a police raid on a club in Caspe (Zaragoza) at the end of last year. Her accomplice and ex-boyfriend, a german tax policeman who also eloped with her, you have just been arrested in your country, as OPEN CASE has learned.

Before escaping from Spain, Donatella captured women and transsexuals in your country, Venezuela. He promised them a job in Spain. Then he made them have surgery to increase the breast and forced them to submit to liposuction because, he told them, “the Spanish don’t want them fat.” 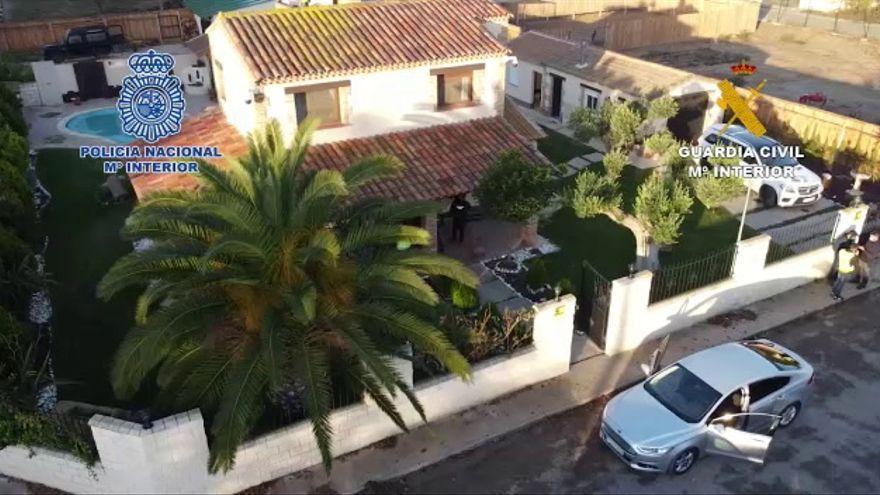 Police operation in which five exploited women were released at the Los Almendros club in Caspe .. |

Once their bodies were fixed, he put them in a plane to Barcelona or Madrid. Upon her arrival, according to the testimonies obtained by the National Police, she locked them in flats to sexually exploit them and told them that they had with her a debt of about 12,000 euros.

On occasion, the La Diabla network sent some of those women to Germany, where they continued to be sexually exploited. “There the prostitution is legal and women make them win a lot of money, “police sources explain, adding that” in Germany they don’t know the language and there they were more isolated and more defenseless. “

When the women were burned for Donatella’s organization, the woman “sold” them, according to police sources. Thus, the investigation of the groups against trafficking in persons led them to club Los Almendros, in Caspe (Zaragoza), a roadside venue where some of the women who were no longer fit for La Diabla ended up. “When they stopped making enough money for her, she sold them to places like that and I kept charging a percentage of the benefits they generated, “police sources explain.

In October 2019, an 18-year-old girl was attacked in Caspe. I was pregnant and was sexually exploited at the Los Almendros club. She had no documentation and had not undergone medical examinations during her pregnancy. The laborious investigation by the police and civil guard that began then led to the release of five exploited women there, but La Diabla and her then boyfriend, the German policeman, were gone.

Now, she is on the list of most wanted fugitives. He is one of the three chosen by the Fugitive Location Unit of the National Police. Your ex-partner has just been arrested. Although La Diabla was no longer with him. Her last known boyfriend was a popular professional ice hockey player from Latvia. Those who seek her are convinced, she continues to move in the prostitution environment, exploiting other women and making money with their bodies.

DAZN, The global sports streaming platform, offers this Friday, December 3, an exciting boxing evening that will take place in...