This is how McGregor’s leg was destroyed against Poirier

Many different endings were expected for one of the most anticipated matches of the year, the Conor McGregor-Dustin Poirier. UFC fans had been debating its outcome for weeks. But few could predict that the thing would end as it did this morning. The worst way. With Conor McGregor exiting the Octagon on a stretcher after alone 5 minutes of fighting in the first round. The Irishman fractured the tibia of his left leg and could not continue, losing the fight by TKO.

‘The Notorious’ was at that moment exchanging blows with his rival, trying to tickle him with his fists. He did it first with a right-wing one that dodged his opponent, and then with a left-wing one that did not find the face of ‘The Diamond’ either. At that very moment, Poirier did hit his left, right in the face of Conor. There, with his body pulled forward while leaning on his left leg, which propped him up, he pulled his body back and put all his weight on that same leg. But he did not hold. An eerie image was produced there. The tibia of McGregor’s poorly supported left leg did not hold. It bent clearly. The Irishman noticed the crunch of his bone instantly and let himself fall to stop forcing the area as he opened his mouth with a clear gesture of intense pain. 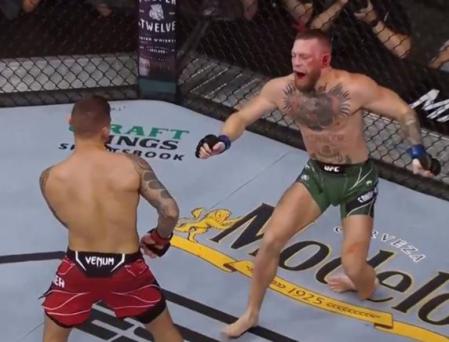 Capture It may interest you

Dustin, far from giving air to his rival, threw himself on top of him to hit him without stopping in the face while McGregor defended himself with his arms in the form of a shield. They were soon separated and that’s when McGregor pointed his finger at his leg. 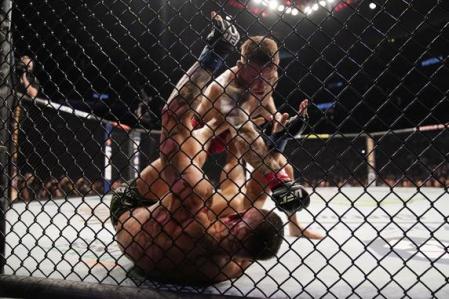 Anyone in his place would have cared only about his leg. The combat must already be the least. But it seemed that the pain was less important than his honor and the fight that was already over. He was angry because the referees had decided to give his rival the victory by technical KO and not by medical stop. And he was already beginning to heat up the atmosphere talking about a fourth fight. He was furious that he couldn’t fight to the end. 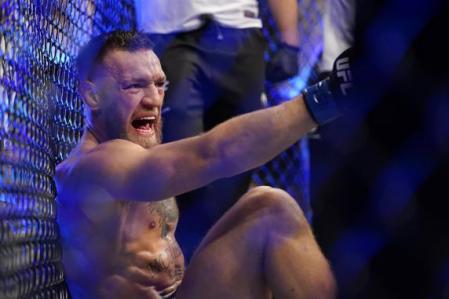 Conor McGregor, screaming in pain over his injury against Poirier

Judging by the images, McGregor will have to be out for a long time, although we will have to wait for official confirmation and medical diagnosis. The Irishman went on a stretcher, the worst ending for what should be one of the fights of the year. 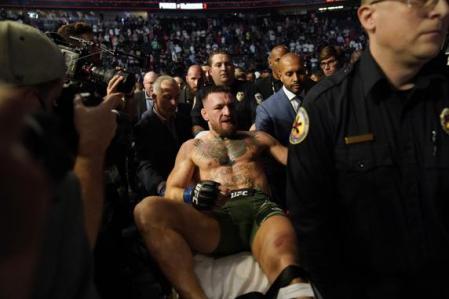 Conor McGregor, retired on a stretcher from the fight against Poirier due to injury