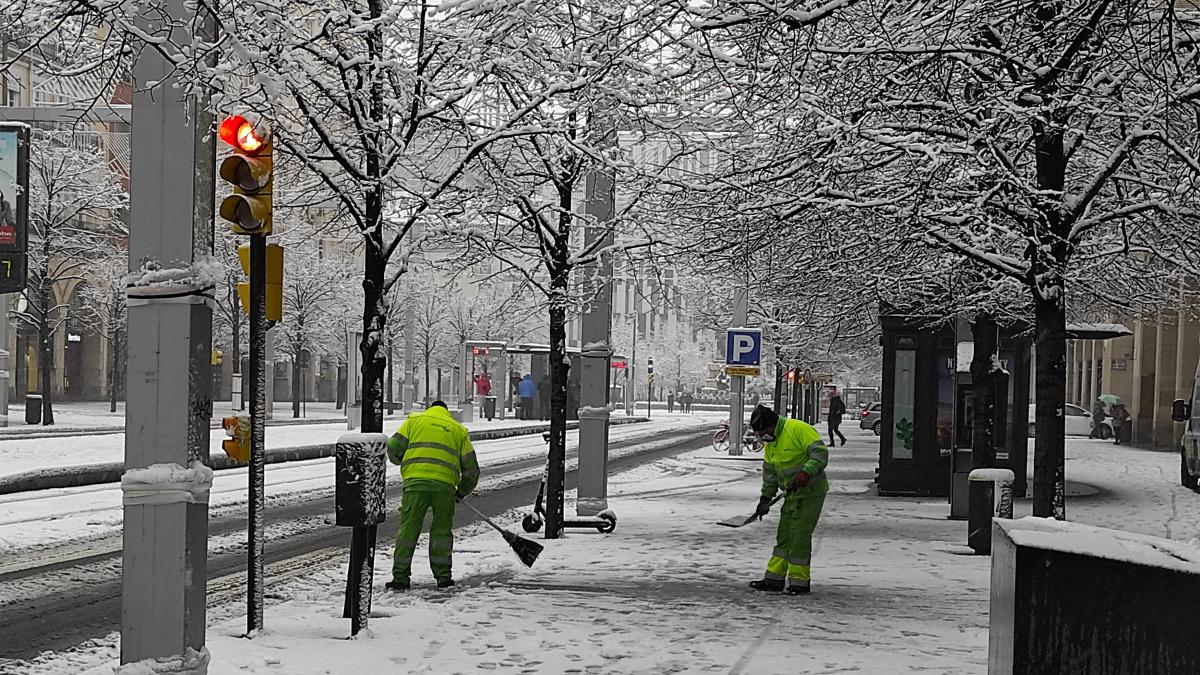 Teruel, Zaragoza, Tarragona and Castellón They continue this Sunday with red warnings for extreme risk of the snowfalls caused by Filomena, according to the prediction of the State Meteorological Agency (AEMET). This Sunday, wind, snow, waves and rain will put 15 CC AA at risk.

Specifically, the snow will put in extreme risk to Teruel, Zaragoza, Tarragona and Castellón, which will be important in Madrid, the Basque Country, Navarra, Huesca, Burgos, Cantabria, La Rioja, and there will be risk in Huelva, Seville, Asturias, Badajoz, Palencia, Barcelona, ​​Girona, Lérida, the latter two also at risk from wind. Tarragona will also be but due to rain.

This January 10, rainfall that could be locally heavy in the extreme south peninsular, Catalonia and the Balearic Islands, occasionally accompanied by a storm. They will be less intense in the Cantabrian area and the northeast of the peninsula, with a tendency to subside throughout the day.

In the rest of the Peninsula there may be some weak rainfall and dispersed, less likely the further west, which tend to cease. Rainfall will be in the form of snow at low elevations in the interior of the peninsula, except in western Andalusia. In the Canary Islands, probable precipitations, more intense in the north of islands of greater relief.

In any case, they will remain in all of Spain below their usual values ​​on these dates, with frosts in the interior of the peninsula, more intense in the mountain systems, the southern plateau and the south of the northern plateau.

The north component wind in the northern half of the peninsula and the two archipelagos, strong on the coast of Galicia and with strong intervals on the coast of Catalonia and the Balearic Islands. There will be west in the Strait, which tends to subside.