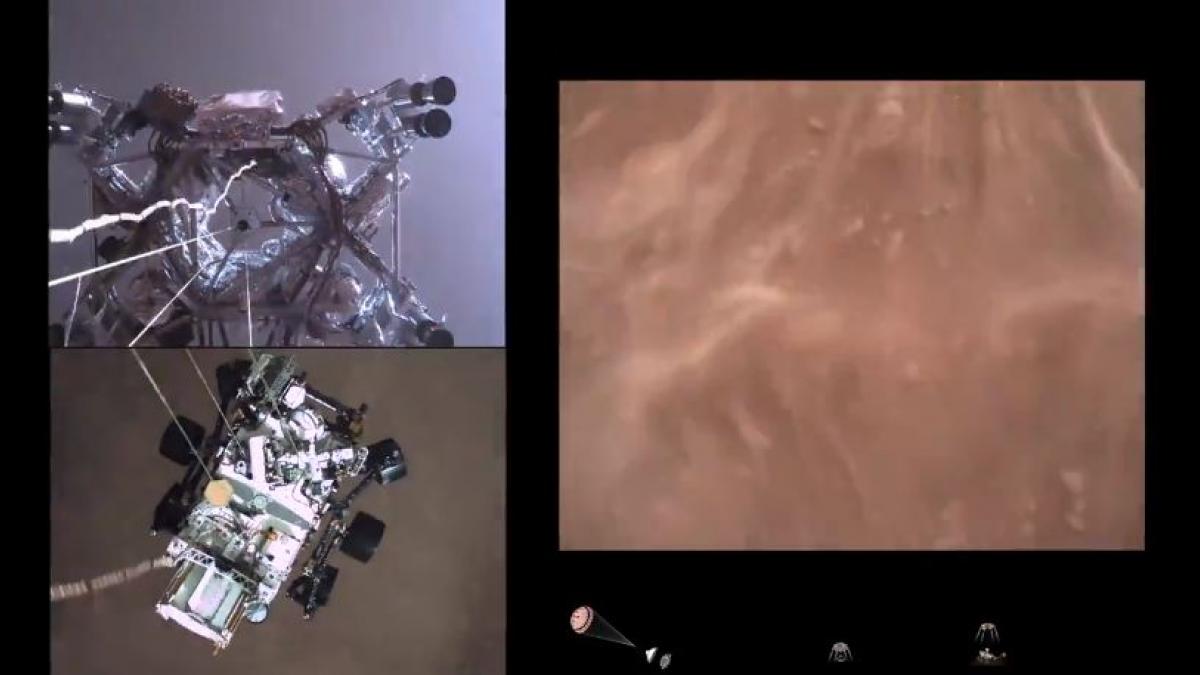 In a press conference with the main managers of the Mars 2020 mission, NASA has revealed for the first time in human history a video of a landing on the red planet. “This is the first time that we have been able to capture an event such as the landing of a spacecraft in Mars“said Mike Watkins, director of JPL, at the beginning. Here’s the process:

So the rover landed Perseverance In mars. Y, Although we knew the end of the story, the nerves and tension accumulate when seeing the images for the first time. The NASA team says they have seen it hundreds of times over the weekend, and it is no wonder.

Perseverance arrived on Mars last Thursday after more than 200 days of travel and about 480 million kilometers traveled. But what remained for him to do to land on the Martian surface was the hardest task.

The recording that we have seen in high definition “makes the hair stand on end”, acknowledge the team members present at the press conference.

Join our newsletter and receive the latest technology news in your email.