The victories have many parents and the defeats are usually orphans, except in Spain. Victims of a kind of historical masochism, the Spanish have accepted as valid the defeats that, as the sad night, the Spanish Armada or the battle of Rocroi in 1643, have been distorted by foreign historiography at will.

Under the excuse that they were involved in the epic or that they were caused by natural inclemencies, it has been complacently assumed that the defeat on the Sad Night was a disastrous flight for Hernán Cortés, that the Invincible Armada marked the end of the hegemony. in the seas of the Spanish Empire (which means, without going any further, obviating the major failure of the Counter-Navy that England crashed against the Spanish coasts a year later), or that in the battle of Rocroi against the French ended the supremacy of the Spanish thirds (which did not really happen until 1658 with the defeat at the Dunes). However, the Spanish have lost one of the greatest and authentic disasters in the history of the Spanish Empire: the one that occurred in 1560 in Los Gelves (Tunisia).

The Mediterranean was to give few joys to Spain in the sixteenth century until the Rescue to Malta Y the battle of Lepanto. The victorious encounter in the Gulf of Lepanto was an unexpected exception after decades of hardship. But, among all the disasters, some as painful as the Algiers Day of 1541, none was as tragic as the landing at Los Gelves in 1560. Los Gelves, also known as Djerba, is the largest island in North Africa and a key scenario in the clashes between the West and the East. Djerba saw the Normans of Sicily, the Aragonese, the Spanish and the Ottomans succeed one another, fighting for four centuries over 514 kilometers of land. 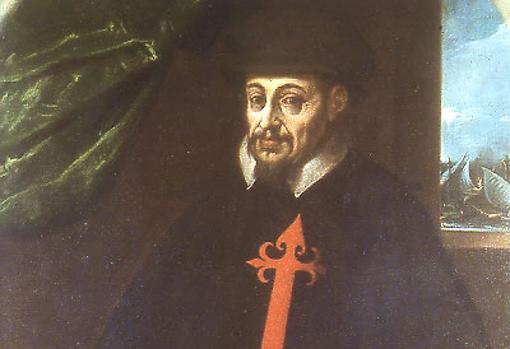 In the early modern age, the Ottoman Empire He helped the Barbary corsairs establish a permanent base on the island to launch their attacks from there. However, Spain was not willing to give up a territory with such strategic value without fighting. Fernando «the Catholic» He was the first in the 16th century to regain the Spanish fixation on the island. After conquering Oran, Bejaia, Tripoli and Algiers, the Hispanic Monarchy set its eyes on Djerba in 1510.

A disaster caused by slowness

The war efforts allowed Los Gelves to be finally under Spanish sovereignty in different periods, from 1520 to 1540 and from 1551 to 1560. However, the dominion of the island was always more nominative than real. The Ottoman Empire controlled the Mediterranean with an insulting superiority and, in 1558, Pialí demonstrated it by devastating Menorca at will. Faced with the Muslim threat, Felipe II appealed to Pope Paul IV and his Catholic allies to prepare a combined expedition in 1560 against Tripoli, a city seized a decade ago by the corsair Dragut from the Order of Saint John (already transferred to the Island of Malta).

Faced with the Muslim threat, Philip II appealed to Pope Paul IV and his Catholic allies to prepare a combined expedition in 1560 against Tripoli.

The coalition consisted of Genoa, Spain (with forces from Naples and Sicily), Florence, the Papal States and the Knights Hospitallers. And although the figures on the forces gathered in the vicinity of Tripoli have been the subject of much exaggeration –possibly 15,000 men (9,000 Spanish) -, there is a certain consensus on the number of ships assembled: around 50 galleys and some 40 smaller vessels. .

The first problem arose when the preparations dragged on until the surprise factor was buried. When the operation was finally put into operation, the Ottomans prepared a huge fleet to counterattack. Sancho de Leyva, in charge of the Sicilian galleys (located in the Spanish Navy), wrote to Philip II Complaining about the delay: «I have not been slow to tell the Duke of Medinaceli many times that in the shortest time the greatest good of this company consisted and that the expansion was the greatest difficulty … that it does not seem that there has been part of Italy of where no people and other provisions have been brought. ‘ 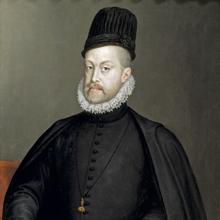 Giovanni Andrea Doria – assisted by his uncle, the famous Andrea Doria, who died at 94 shortly after the preparations – was in charge of captaining the fleet gathered in Messina. After stopping in Malta due to bad weather – where they lost 2,000 men to illness – the fleet arrived on the coast of Tripoli at the end of February 1560. There, Doria’s shyness, always fearful of taking risks (on the night before Lepanto he was the only one who recommended avoiding the confrontation), he caused a disorderly retreat where those for themselves prevailed.

The bulk of the fleet had to take refuge in Los Gelves, where they landed unopposed. Juan de la Cerda, Duke of Medinaceli and general of the Spanish forces, ordered a fort to be built in the north of the island. This fortification was to be completed within several months, but Piali Pacha commanding 86 galleys was not in the business of seeing it ever finished. The Turks showed up on May 11 and in a matter of hours sank more than half of the Christian fleet. With the wind against, few galleys were able to escape the surprise attack, but among the privileged were Giovanni’s boats Andrea Doria and the Duke of Medinaceli, who left 2,000 men behind him entrenched between the pillars of the fort.

The thousand soldiers who still survived in July were annihilated or, in the best of cases, taken captive to Istanbul

After three months of siege, the garrison of Los Gelves surrendered on July 31, 1560 to an army of almost 40,000 Muslims. During the extreme resistance experienced by those 2,000 men, Field Master Álvaro de Sande rose as a fireproof leader and led one last desperate exit days before the surrender. Once the water wells were taken over by the Turks, there was nothing left to do but surrender.

The thousand soldiers who still survived in July were annihilated or, in the best of cases, taken captive to Istanbul. The corpses of the dead were used to raise a macabre pyramid of bones and skulls covered with dirt from the beach. This Dantesque monument to death was visible until 1848, when the british consul ordered that the remains be transferred to a Catholic cemetery.

In total, the Christian casualties exceeded 30 sunken galleys, more than 10,000 dead in the course of the entire operation and 5,000 prisoners. Among these, Piali brought the most outstanding captains to Istanbul: Berenguer de Requesens, Sancho de Leyva, Lope de Figueroa, Sancho Dávila, Rodrigo de Zapata and Álvaro de Sande. Not surprisingly, most were rescued in a short time, except Álvaro de Sande who was released by the Sultan only after the mediation of King Charles IX of France, an ally of the Turkish Empire, and the payment of 60,000 gold shields.

The Extremaduran Álvaro de Sande for the rest of his life he recalled the torment and horror experienced in Los Gelves: “Captain Don Jerónimo de Sande, my nephew, other friends and many very dear people were killed in front of my eyes.” And he was not the only one who was terrified by the Turkish demonstration. The enormous disaster of Los Gelves caused panic throughout the ports of Christendom and even Spain authorized the evacuation of Oran, its most advanced place in Africa, considering it indefensible. Despite everything, the Ottoman war in Persia prevented the Sultan from launching the bulk of his resources to deliver the final blow to the Hispanic possessions.

Because the night is darkest just before dawn, the disaster served to make Felipe II realize the magnitude of the problem in the Mediterranean. The Empire began an intensive reform of its galley fleet that resulted in the Ottoman defeat at Malta in 1565 and, years later, the celebrated victory at Lepanto.