(CNN) – It’s been five years since Tiger Woods last won a golf tournament and 10 years since he secured the last of his 14 majors, but the former world number one shocked the world by finishing second, behind Brooks Koepka, in the US PGA at Bellerive.

Woods had attendees ecstatic this Sunday as he chased a first major title since the 2008 US Open, a feat that, given his history, would make a great sports fairy tale.

The 42-year-old, who has had four back surgeries in recent years, made the lowest final round in terms of strokes in his majors career (64), but finished two strokes behind the dominant Koepka.

The 28-year-old Koepka added the US PGA Championship to the US Open title he won in June. In doing so, he became the fifth player to win both major leagues in the same season, following Gene Sarazen, Ben Hogan, Jack Nicklaus and Woods.

But while Koepka has enjoyed what the great Nicklaus described as “one of the best years any golfer has ever had,” it was Woods’ performance that dominated headlines, social media and conversations. 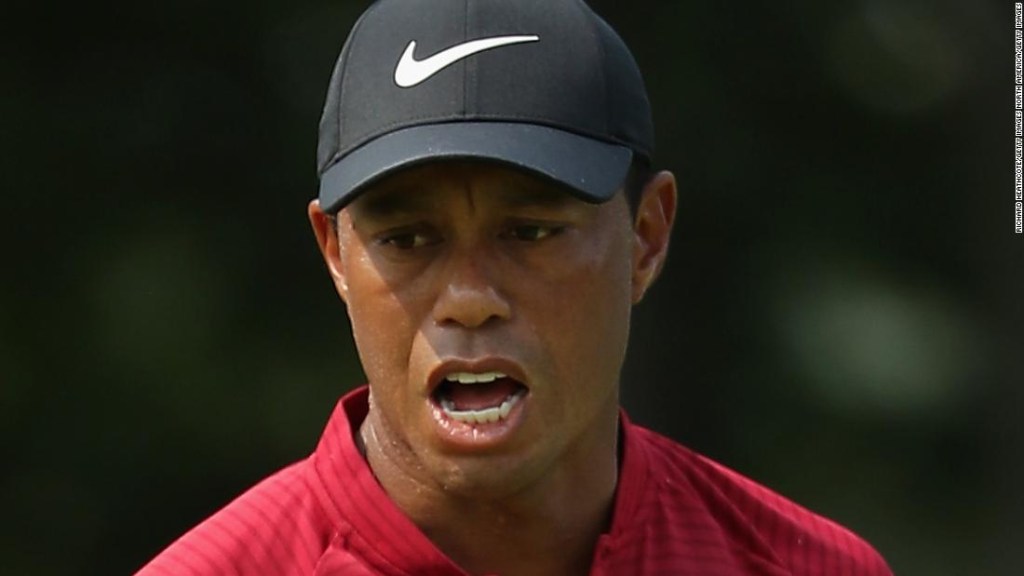 Tiger Woods, during the 2018 PGA Championship.

“I want to see what Tiger is doing.”

Since before the climax of the tournament, Woods’ name was googled more than Koepka’s. Even Rafael Nadal, the world’s top-ranked male tennis player, was on the lookout after his Canadian Open win, saying, “I want to see what Tiger is doing!”

The prospect of another big win for Woods has captured sporting interest recently and has proven to be a gripping drama, both at Carnoustie and now at Bellerive.

Woods seemed poised to beat Nicklaus’ record for the most wins until personal problems and serious back injuries halted the trajectory of one of golf’s greatest talents.

A second place at the Valspar Championship followed by a tied fifth at Bay Hill made curiosity for him grow, but it was at the British Open, when he led with eight holes to play, that suggested he was back as a serious competitor.

“I didn’t have a golf swing”

Woods told reporters in St. Louis that it had been a “great process” to get back to the top of a ranking.

“I didn’t know how many tournaments I would play this year or if I would even play, so each tournament brought its own challenges,” said Woods, who now has seven major league runner-up spots compared to 19 for Nicklaus.

Woods’ resurgence has led him into a serious dispute to play a dual role as player and vice-captain on Team USA in the Ryder Cup, led by Jim Furyk, to face Europe in Paris in September.

Furyk had already named Woods as one of his assistants.

Although Koepka’s story may not seem like Woods’ sports redemption story to a global audience, the world No. 4 has had his own injury woes this year.

But the victory at Bellerive means that Koepka has won two-thirds of the majors he has competed in this year.

“Look where I was a couple of months ago, four months ago, it’s amazing. I don’t think I could have dreamed of this. I don’t even have the words for that, to be honest,” he continued.

“I have three [majors] now. I’m not going to tire of saying that I have three main careers. I can say that, but it’s crazy and hopefully I can add a few more to that list, “Koepka added.