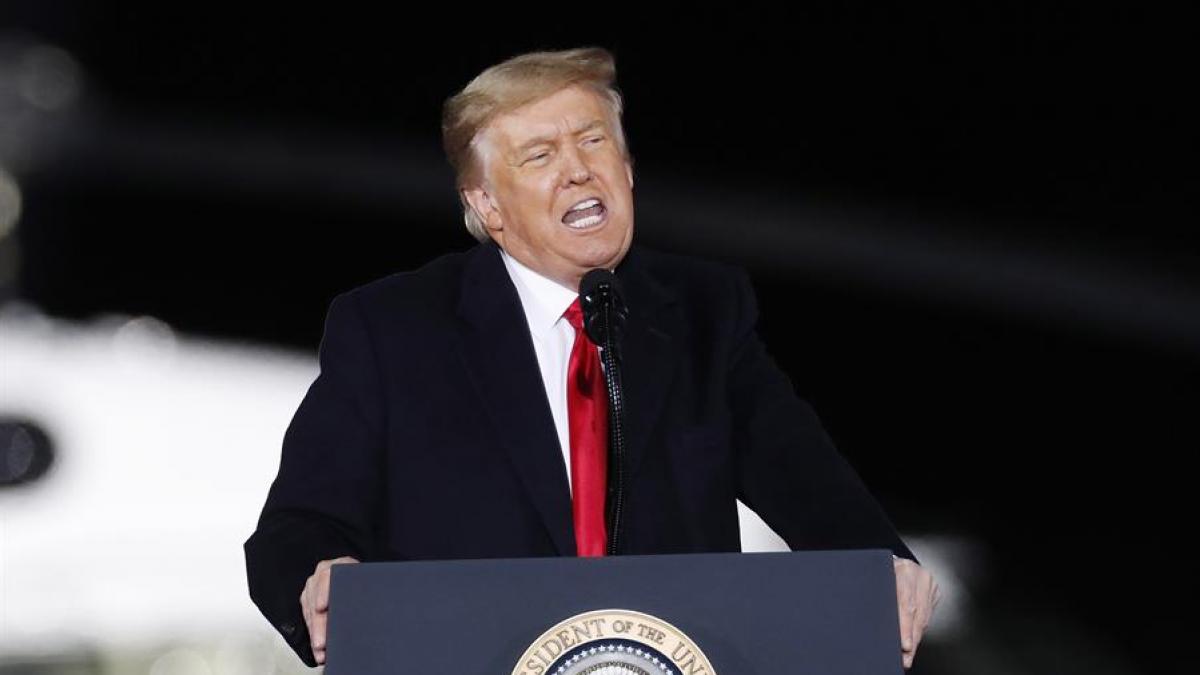 The outgoing president of the United States, Donald Trump, finally ordered this Sunday that the flags in the White House and the federal buildings of the country be lowered at half mast in tribute to the policeman who died in the violent assault on the Capitol by a mob of his followers last Wednesday.

Since then, Trump had avoided issuing this symbolic proclamation, which is traditionally done to remember fallen officers or soldiers, which had generated much criticism.

His decision is announced after Congress placed its flags at half-mast on Sunday in homage to Brian Sicknick, who died as a result of the injuries suffered when he faced the mob that took over the US Capitol for a few hours, in an unheard of image in the country.

Trump’s proclamation explains the measure as “sign of respect and sacrifice”.

Sicknick, 42, had More than 12 years of experience as a Capitol Police Officer.

“Many details about the events of Wednesday and the direct causes of Brian’s injuries remain unclear and our family asks people and the press to respect our wishes to not make Brian’s passing a political issue “, the policeman’s family said in a statement.

In this sense, the US attorney’s office in Washington has opened a federal investigation for murder upon his death.

This weekend Trump his silence continued, after their Twitter and Facebook accounts were suspended this Friday for “risk of inciting violence” after describing the assailants as “very special people.”