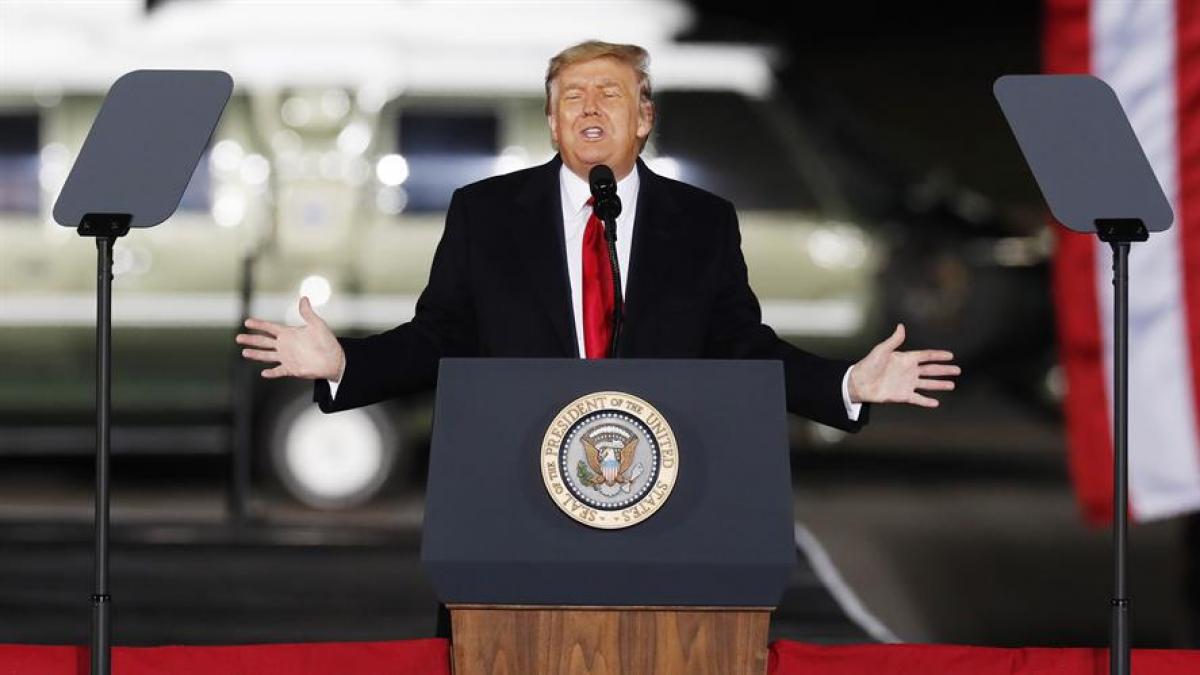 The outgoing president of the United States, Donald Trump, stressed on Tuesday that he is leaving the White House as “the first president in decades to no new wars have started“in a farewell message before being replaced by Democrat Joe Biden, who takes office on Wednesday.

“I am especially proud to be the first president in decades who has not started new wars,” he stressed in a video-recorded speech.

Trump will break tradition and will not attend his successor’s inauguration ceremony, and will leave Washington this Wednesday bound for his private mansion in Palm Beach (Florida) hours before Biden arrives at the White House.

In his speech, in which he did not mention Biden directly by name, he merely pointed out that “will pray” by the new Administration and asked Americans to do so as well. “This week, we inaugurate a new administration; let us pray for its success in keeping the United States safe and prosperous,” the Republican exclaimed, as reported by ..

“Now as I prepare to hand over power to a new administration on Wednesday noon, I want you to know that the movement we started is just beginning “he added.

In addition, Trump grew chest for the achievements of his four years in office. “We revitalize our alliances – he stressed – and we urge the nations of the world to stand up to China like never before” and as a result “of courageous diplomacy and a principled realism“Historic” Middle East peace agreements were reached, “he said.

“It’s the dawn in the new East Fear and we are bringing our soldiers back home, “he said, referring to the reduction in the number of US troops deployed in Afghanistan, Syria and Iraq, among other places.