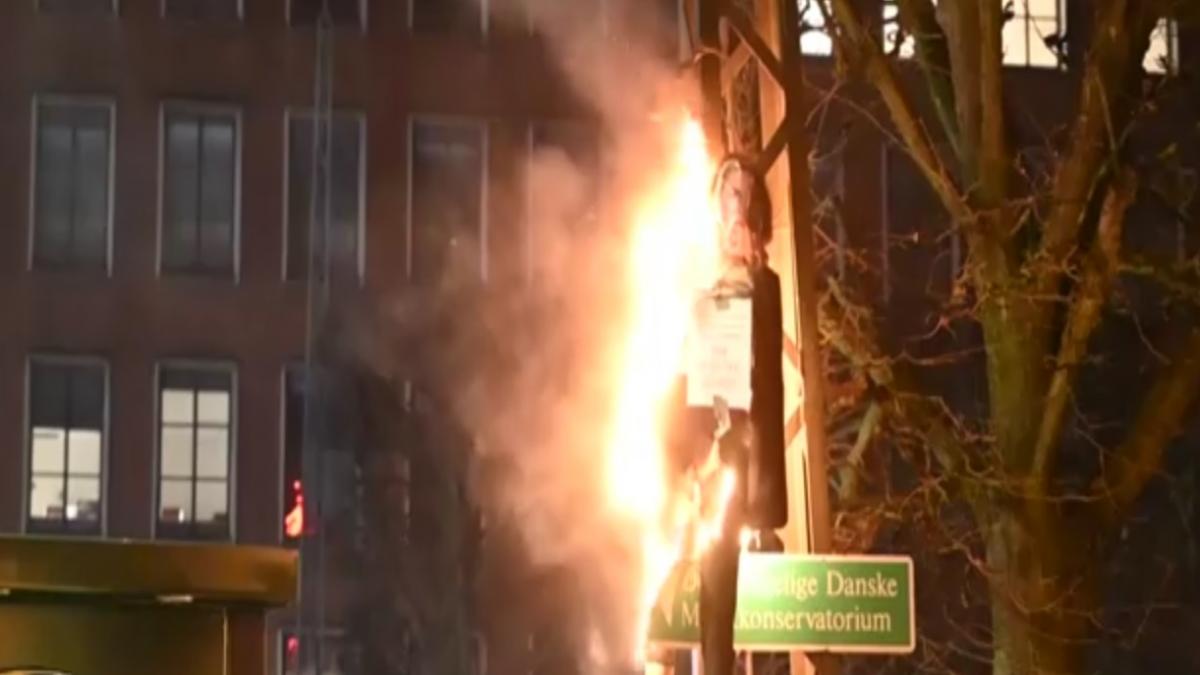 Two men have been arrested On suspicion of threatening the Danish Prime Minister, Mette Frederiksen, after a weekend protest against the restrictions on the coronavirus intensified until it ended with an effigy of the president on fire, as reported this Sunday by the Police.

Participants in the protest, held in the capital Copenhagen, hung Frederiksen’s image on a lamppost before setting it on fire. From the effigy hung a sign with the words “She should and must be killed”.

The two suspects, aged 30 and 34, would face a custody hearing prior to the trial, according to the Police, which has also confirmed that others five protesters were detainedtemporarily after starring in altercations with the security forces.

The protest was organized by a group called Men in Black, which opposes government measures to stop the coronavirus.

The incident has been condemned by prominent politiciansincluding Soren Pape Poulsen, leader of the opposition conservatives, and Pia Kjaersgaard, former leader of the populist Danish People’s Party.

“It has nothing to do with a demonstration! It is as little Danish as anything else! “, Kjaersgaard, former President of Parliament, said on his Twitter account.

Justice Minister Nick Haekkerup of the Frederiksen Social Democrats recalled that there is right to protest peacefully, before notifying that the Police will arrest anyone responsible for violent acts.