Tyson Fury, far superior to Deontay Wilder in a fight for history

The T-Mobile Arena in Las Vegas (United States) this morning experienced a co-promotion between Top Rank and PBC, a collaboration that was one of the most attractive billboards, a priori, of recent times. And, although the previous fights were less pleasant than desired, the main fight was one of the most intense, beautiful and gritty that we remember.

Tyson fury (31-0-1, 22 KO) risked his WBC world championship against the tremendous puncher Deontay Wilder (42-2-1, 41 KO). The challenger came out with a totally new tactic as a result of the corner change, determined to seek out Fury’s soft spots, hitting down like he hadn’t done in the previous two fights, something that surprised the Brit. However, he correctly adjusted to gain poise and confidence, ending the third episode knocking down the challenger with blows to the ear and temple area, overcoming Alabama’s final bell with difficulties.

However, with Wilder in front of you you can’t relax for a moment, and in the next round it was the champion who had a hard time after a very hard front hand that knocked him down, first one and then again, reaching his corner it is not known very well how. Wilder was turning off physically, while holding his hand by the wrist at times as if he had an injury, from the middle of the actions, but he still gave the eternal feeling of being able to change everything if one of his attempts combined aim and power in high doses; Fury was also unclear whether to go for the American to knock him out or to be more cautious and avoid a potential nasty surprise. 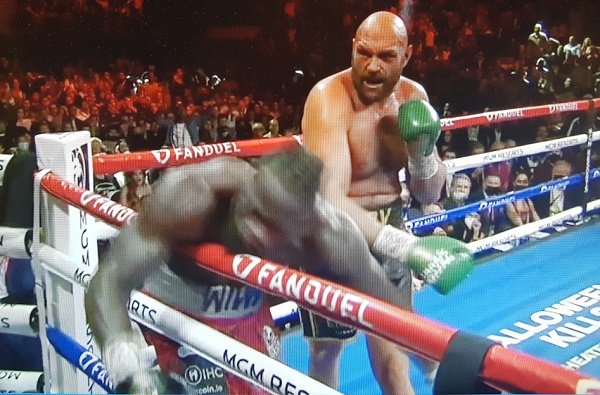 In the tenth round, a curved hand from the Gyspy King once again disarmed Wilder, who could no longer with his soul, and the referee let a fight continue that, seeing the Bronze Bomber wandering, no longer made sense, despite some dangerous action isolated in favor of this. Finally, the nonsense ended in the most likely way, with Wilder, who was not him for a long time, in a horizontal position after the umpteenth punishment inflicted by the still champion and, unless someone says otherwise, the best heavyweight of this time . 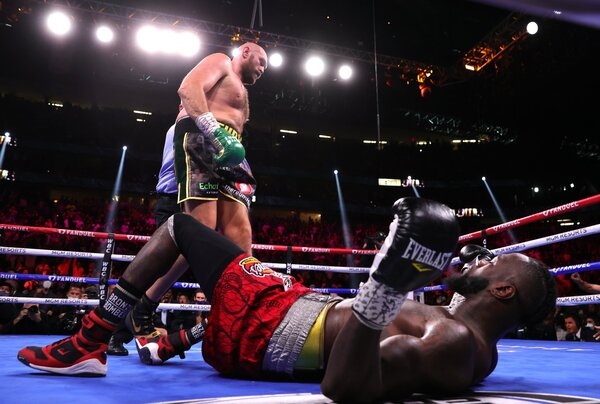 Nigerian . Ajagba (15-1, 12 KO) faced the Cuban Frank Sanchez (19-0, 13 KO) in an undefeated match with great prospects for whoever came out with their arms raised, but it was a less intense match than expected. Sanchez was worth it, with his best technique, to fight at a distance using his forward arm, while Ajagba, who was assumed to be the aggressor, was timid in his strategy and showed that his boxing is too rudimentary to access the greats heavyweight leagues. In the seventh round, Sánchez dropped Ajagba, but not even the replay made it clear if he hit the Nigerian when he was on his knees or still standing, it seemed that he was picking her up after posing her; The only thing that was clear is that the referee was very bad and very slow, doubting whether to count the fall, whether to admonish the Cuban and being, in any case, not very decisive in his performance. Thus the ten rounds were consumed until reaching the decision of the officials, which was 97-92, 98-91 and 98-91 for Sánchez, in a fight that was not satisfactory for those present.

There was also a rematch between the Finn Robert Helenius (31-3, 20 KO) and the Polish Adam kownacki (20-2, 15 KO). Helenius left determined to re-revitalize his career at the expense of his rival, and his eye was already highly inflamed after an assault, which was accentuated with the passage of time. Kownacki already had the ocular organ closed and with a severe swelling from the third round, and in the sixth round the referee decided to stop the fight, rightly, because the one from Eastern Europe could not see. Although Kownacki was officially disqualified for low blows.

Finally, he opened the main part of the event Jared anderson (10-0, 10 KO) against the Russian Vladimir Tereshkin (22-1-1, 12 KO) in a fight without much history, as the young American showed his great level at just 21 years old, as well as his potential to mark an epic at heavyweight.

In the preliminaries, we saw how Robeisy Ramirez (8-1, 4 KO) beat against Orlando gonzalez at featherweight, while at super middle they faced Edgar berlanga (18-0, 16 KO) and Marcelo Coceres (30-3-1, 16 KOs), with a lot of trouble for the former to maintain undefeated status, as he fell in the ninth round before winning on points.

In the big surprise of the night, the American super welterweight Julian Williams (27-3-1, 16 KO) was defeated by the willful Mexican Vladimir Hernandez (13-4, 6 KO) to the points, in a tough fight.