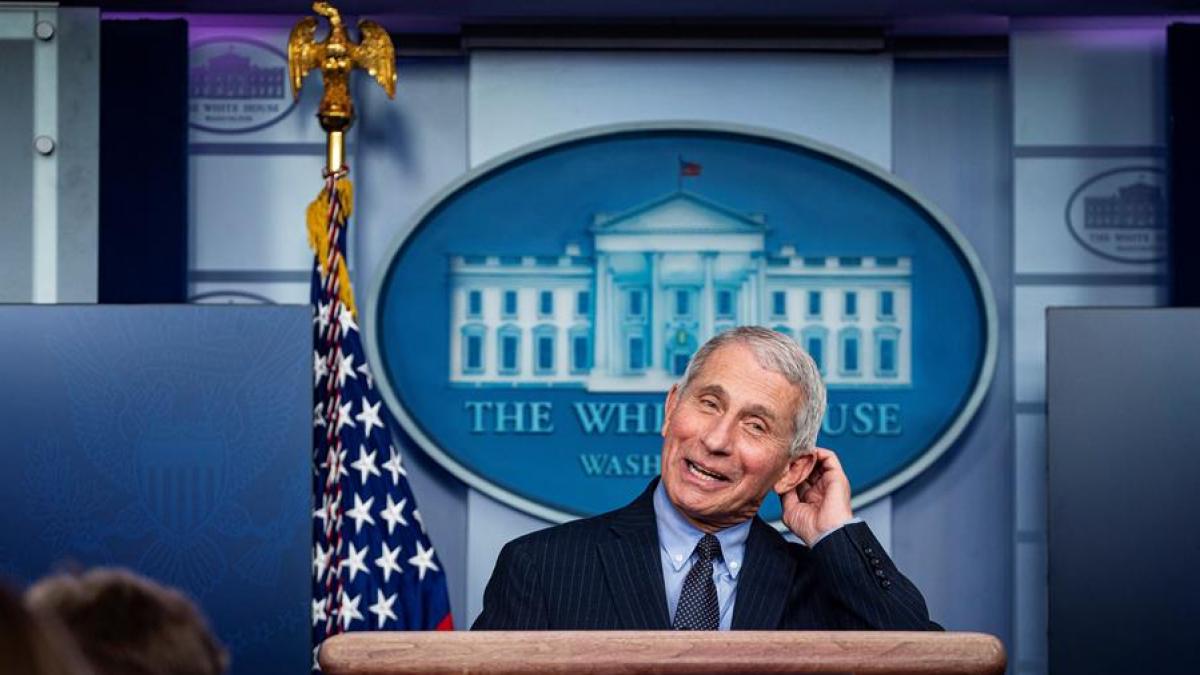 The main epidemiologist in the United States, Anthony Fauci, confessed on Thursday his relief at the departure of former President Donald Trump, assuring that it is “liberating” to be able to speak clearly on what the science says regarding COVID-19 without fear of “repercussions”.

Fauci, who is now the chief medical adviser to the new president, Joe Biden, admitted the discomfort that generated his attitude towards the Trump pandemic, which repeatedly minimized the risk posed by COVID-19 and contradicted the conclusions of the experts on numerous occasions.

“The idea that we can come up here and talk about what we know, what the scientific evidence says, and let science speak, it’s quite a liberating feeling, “Fauci said during a press conference at the White House.

The country’s leading infectious disease expert said he “clearly” felt “uncomfortable” when, during the press conferences in which both participated for part of last year, Trump said things “that had no basis in fact”, such as his defense of hydroxychloroquine as a prophylactic against COVID-19.

“I don’t like being in a situation where I have to contradict the president, and I really didn’t feel like I could say anything and there would be no repercussions, “he said.

The tension between Trump and Fauci has grown over the past year, and the White House stopped inviting the epidemiologist to give press conferences about the pandemic.

The former president even threatened to fire Fauci, but then he realized that he did not have the authority to do so, because his was not a political position, but a civil service position: that of director of the National Institute of Allergies and Infectious Diseases (NIAID, in English) .

Biden is the seventh president of the United States that Fauci has advised, who leads NIAID since 1984 and he is one of the most respected figures in the country’s scientific community, a reputation that has only grown during the pandemic.

In his first press conference under Biden, Fauci thanked the new president for giving him instructions to be “completely transparent and honest”.

New variants of the coronavirus

During the press conference, Fauci also assured that for now there is no confirmation that the South African strain of COVID-19 has reached the United States, while the British is already present in about 20 states.

Everything indicates that the vaccines that are being administered in the United States and other countries protect against these new variants, but if injectable preparations must be modified, this process “it won’t be too burdensome”, calculation.

The United States is the country in the world most affected by the pandemic in absolute terms, with more than 408,000 dead and 24.5 million COVID-19 infections, according to Johns Hopkins University.

Biden presented his strategy on Thursday to accelerate the response to the pandemic, although he acknowledged that it will take months to “turn around” the situation he inherited from Trump. EFE