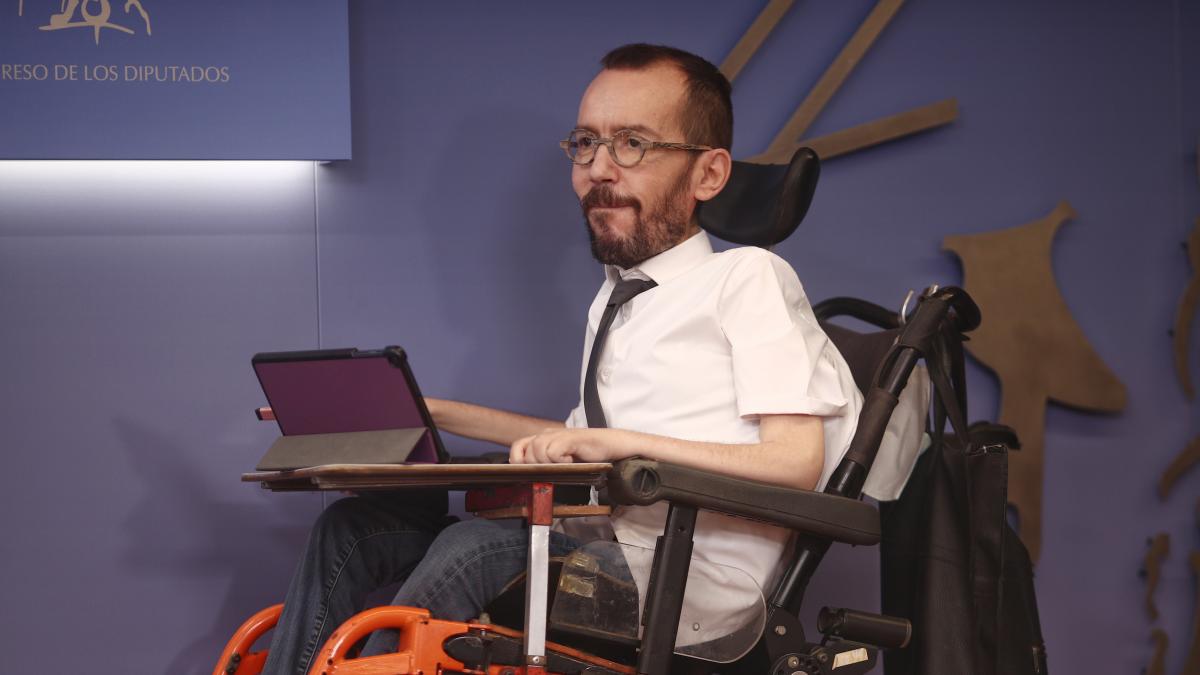 New complaint against Pablo Echenique, parliamentary spokesman for United We Can, for his words after the riots that occurred in several cities of the Spanish geography after rapper Pablo Hasel entered jail last week after being convicted of insults to the crown. Vox has announced this Monday afternoon that it has taken legal action against the ‘purple’, as well as the Spanish Confederation of Police union and the Clean Hands association.

In his complaint, Vox accuses Echenique of “incite” to commit crimes related to the public disorders due to the tweet in which the UP spokesperson expressed his support “for the young anti-fascists” who demanded “justice and freedom of expression in the streets.” This same Monday, Echenique himself clarified in an interview in TVE that “it is evident that no one supports the burning of containers or looting.”

All my support for the young anti-fascists who are demanding justice and freedom of expression in the streets. Yesterday in Barcelona, ​​today at Puerta del Sol.

However, these explanations have not prevented Vox from accusing him of committing a criminal offense with up to a year in jail for “publicly distributing or broadcasting messages or slogans that incite the commission of any of the crimes of alteration of public order.”

Likewise, the Vox complaint is also directed against the “material and intellectual” authors of the concentrations that have been held since February 15 and that have resulted in dozens of detainees and wounded, police and demonstrators. In this sense, the training figures said “material damage” in more than 700,000 euros, half a million in Madrid and another 200,000 in Barcelona.

For its part, the union Spanish Confederation of Police (CEP) has filed a complaint not with the Madrid investigating courts, such as Vox, but with the Prosecutor’s Office of the Supreme Court. They accuse Echenique of “inciting or reinforcing” those who participated in riots. The union recalls that the tweet of the also deputy was published when “the situation of violence caused by those attending the non-communicated rally was already in the public domain” in Puerta del Sol and in the surrounding streets in the center of Madrid.