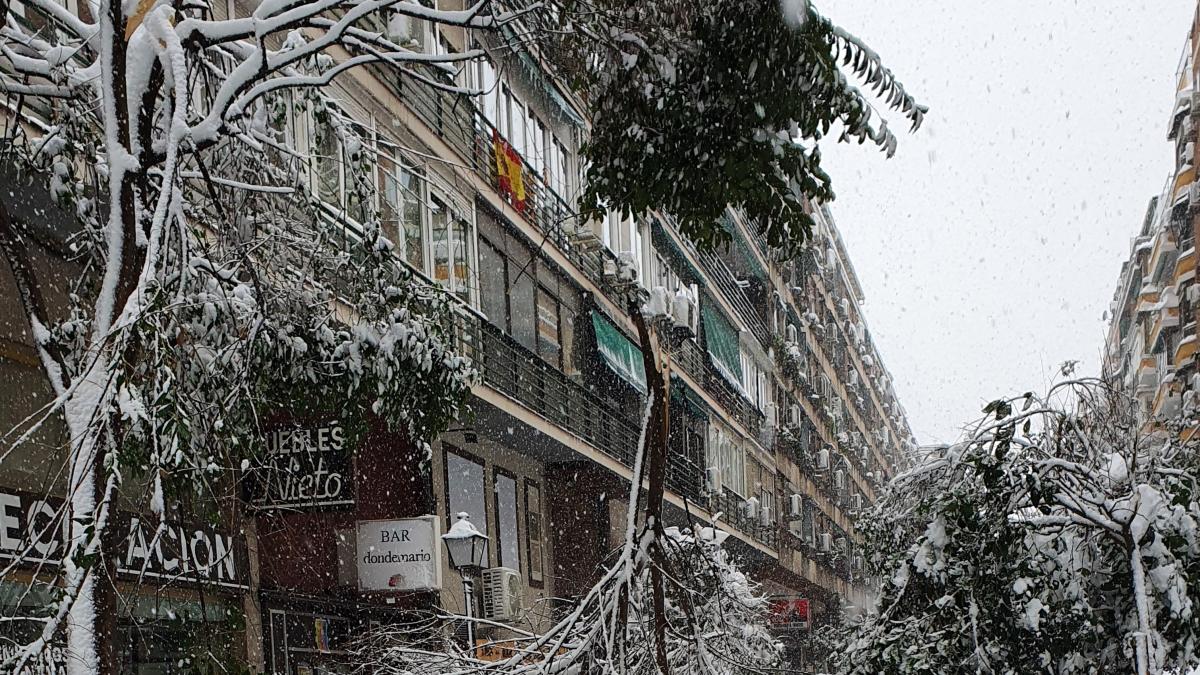 The storm Filomena has whitewashed the streets and the facades of many buildings. However, the accumulated snow on the windows and cornices constitute a risk which can be aggravated by the arrival of a cold wave on the Peninsula, as predicted by the State Meteorological Agency (Aemet). In this sense, the Civil Guard has given some recommendations to avoid major complications.

In a message on Twitter, the Armed Institute has advised remove “The accumulated snow on air conditioners and windows before the frost forecast for the night.”

Likewise, when traveling on foot, they have recommended walk through the center of the streets. “This way you will avoid possible falls of tree branches and snow from the eaves”, they have indicated.

The intense snow that fell this Saturday in Madrid has precisely caused the fall of many tree branches, which has still done more dangerous to travel down the roads.

As the Aemet has warned, the march of the storm Filomena in the coming hours will favor the entry through the west of the country of a atlantic anticyclone that will stabilize the situation, in addition to fostering sharp drop in night temperatures, with generalized frosts in the central zone and areas of the interior of the eastern half, which is where the most important snowfalls are being registered.

❄ If possible, remove accumulated snow on air conditioning equipment and windows before the frost forecast for the night

🚶‍♀🚶 Walk through the center of the streets and thus avoid possible falls of tree branches and snow from the eaves. pic.twitter.com/FXejFs3pRP