What is the disease that Alejandra Espinoza suffers from?

. What is the illness that Alejandra Espinoza suffers that sent her to the hospital?

Last week Alejandra Espinoza had a tremendous scare, after presenting serious symptoms that forced her to run from the emergency room to the hospital, where she was admitted under an alleged clinical picture of a stroke, which kept her for several days under strict medical observation and analysis .

Fortunately, the brain tests that the former Nuestra Belleza Latina underwent revealed that her brain is in perfect condition and that what she suffered was not a stroke, but it was detected that she has an uncomfortable disease that millions of people suffer from. all over the world.

And it was precisely Dr. George González, a neurologist at the Mont Sinai hospital in Miami, who in an interview with the Despierta América program explained that the former Mexican queen suffers from severe migraine, and presented an episode of deep migraine, where the symptoms were initially confused with those of a stroke.

Alejandra Espinoza’s neurologist reveals the final diagnosis and how the NBLE presenter is doing In a talk with Dr. Juan Rivera, the neurologist George González explained in detail what was the final diagnosis that was reached after conducting the necessary studies on Alejandra Espinoza. What causes the condition that was detected? These are the symptoms and prognosis he gave about the health of the… 2021-10-13T15: 22: 05Z

“Alejandra had what they call a complex or complicated migraine, which is a variant of the typical migraine. Many times that migraine, sometimes it presents symptoms that worry about the cerebral impact, and can include loss of sight, numbness of an arm, change of vision, confusion, problems when speaking “, said Dr. González when speaking of the picture of the reporter.

In his explanation of Alejandra Espinoza’s state of health, the neurologist added that this type of migraine can have worrying signs, which were the ones that led the Univision star to run to the emergency room and be hospitalized.

“Migraine is an electrical discharge from certain cells of the brain that often begins in the area behind our vision, and patients who suffer from migraine know that their vision can be cloudy, and they see little lights in their eyes,” said the doctor. “That electrical discharge then promotes to cause symptoms, including pain, but also these discharges can activate other areas of the brain, producing motor and sensory symptoms, where one can lose sensation and feel weak in the face, since once that discharge calms down, symptoms decrease. There are patients who get headaches ”.

And on what would have been the trigger that led to Alejandra Espinoza’s migraine becoming complicated and presenting severe symptoms, the medical expert clarified that although the precise cause is unknown, stress can often be a big factor.

“One of the biggest factors that cause migraine in patients who frequently suffer stress in their daily life, can lead to activating those brain cells that discharge and produce the migraine itself. But it’s not just due to exactly the stress, ”González said, warning that migraine headaches sometimes come from people who don’t have stress in their lives. “There are patients to whom it gives, who do not have stress, but stress is a risk factor for those who are predisposed to have migraine.” 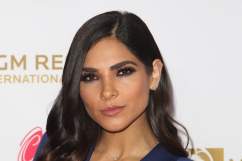 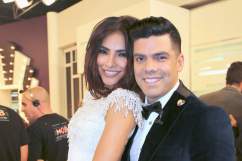 Vicente Fernández, "they are preparing for funeral", they assure | . Bad news for followers of The Charro of HuentitánVicente...