Why are ‘memes’ so popular on social media? 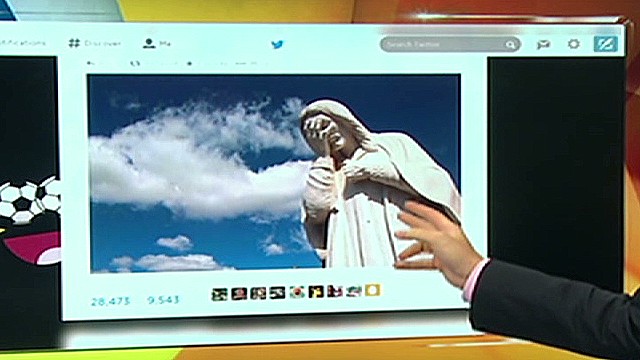 (CNNMexico) – Few seconds on Facebook or Twitter are enough to find a meme that makes us laugh or we receive notifications from WhatsApp that are memes that “say” everything. These images are part of our life on the Internet, to the extent that even 35% of the world’s population visits at least once a month sites related to this type of digital content, according to figures from Nielsen.

At a time when cross-media interaction was practically non-existent, many memes arose from the imitation and reproduction of memorable phrases from famous people or movie characters.

Dr. Andrés Barrada, filmmaker and director of communication and digital media at the ITESM school of humanities and social sciences, points out that Cantinflas or characters from Tin Tan were key pieces of this phenomenon in Mexico: “We went from the evolution of the text to a cybertext, if that is what we want to call it, in which, in order to emit a message as representative as possible, we go from sentences with five words, to a meme that strengthens what is wanted to say about a special topic “.

Barrada comments that perception is very captive in social networks, which is why he attributes the success of digital memes to the image. A similar concept that circulated in medieval and Renaissance times, through the graphic representations of the emblems, consisted of a short text.

However, for the linguist Álvaro Álvarez, the meme concept is implicit in this representation, once the text alluded to the meaning of the symbols: explain everything he says. In the end it was one of the ways of spreading those iconographies with a didactic, moral and even religious inclination “.

“The gif, as it is not supported by text and image variables, loses prominence compared to the digital meme, when it does not fully support a particular point of view.”

The fame of memes

How many times have we asked ourselves, how a topic that just came to light, after five minutes already has a certain amount of memes?

Although there is no defined rule for the dissemination of digital memes, there is a determining common denominator for it to go viral: transmission by vectors. The meme works like an infection: it is born, it is transmitted by a vector, it is received by someone and, before being transmitted again, it may or may not undergo a mutation.

In practical terms, world famous memes, before finding their way to social media, have their first appearance on sites like Reddit or 4Chan. Reddit, founded in June 2005, for example has more than 114 million unique visitors each month, while 4chan surpasses 40 million users every 30 days.

The growth of smartphones and the expansion of social networks such as Twitter and Facebook have become vectors that facilitate the spread of most memes. However, beyond the potential international relevance, viralizing a meme goes beyond uploading a joke to 4Chan so that they can replicate it on their social networks, says Álvarez.

The professor adds that the dissemination of these contents is more connected by cultural issues and social contexts in which others can identify themselves to take a specific action, such as a re-publication.

“It is true that there are language problems that not everyone can assimilate to understand a meme from a certain place. There are memes from the United States, for example, that are going to reach Mexico, but there are others of the same origin that will have no significance outside of their region, because it deals with other issues in which not everyone participates, “says Álvarez.

A recent example is the Sign Bunny meme, an ASCII bunny carrying banners. According to the Know Your Meme site, one of the most recognized encyclopedias of this phenomenon, its first viral wave originated from a tweet from August 2013 with captions in Portuguese.

This meme has come to life again since late September, when Tumblr site employee Amber Gordon tweeted “Gurl Please” to The Daily Dot editor Cooper Fleishman. During that week, more than 150,000 tweets have been registered in which you can see any type of expression using the bunny.

Regardless of the pretext, many Twitter users were able to make their demonstrations public and beyond that, even big brands such as Pizza Hut, Oreo, Denny’s and AT&T, have taken advantage of the wave to advertise.

For Álvarez, the long-standing reputation of memes on the Internet is also due to the image: “The meme has a short life, when we separate the image and the written part. The written part may have a short time to live, but the images can be recycled. “

Complete Barrada: “I think the digital meme is going to have an evolution, just like every organism that has emerged in the digital universe has had.”