Why did the ‘Mario Bros.’ yes it may be a good idea?

A game released in 1983 generated interest, almost forty years later, due to the announcement of its animated adaptation to the big screen. Super Mario will hit theaters on December 21, 2022, after the project was announced a few years ago, with no major news regarding the voice cast, until now. In this context, why could the Mario Bros. movie be among the most anticipated adaptations? Because Mario Bros., more than a Nintendo video game, is a contemporary pop icon.

In times of increasingly realistic video games, with diverse gameplay options and autonomy in relation to the stories, Mario Bros. goes back to a different time. For those who have no further reference, Mario Bros. is more typical of the time in which Stranger Things is narrated than of the year 2021. One of the first platforms to be played on was arcade machines or video game machines. Yes, those with which video game clubs were set up in different parts of the world.

Nintendo was the company with which Mario Bros., later turned into Super Mario, achieved greater popularity. Perhaps, of those first proposals, gamers with better memory or more traditional remember the version for NES, the second Nintendo console presented for the US market.

That was in 1985, a long way from the first Marios Bros. movie ever made, in 1993. In 1985 the game also appeared in Japan on the Nintendo Family Computer. Although at first there were doubts in relation to the reception of the video game, and even at the beginning the receptivity was not so significant, little by little that story changed.

Although its premiere under that name occurred in 1983, its first step into the industry dates back a couple of years before. In 1981, the Mario character first appeared in Donkey Kong under the name Jumpman. The plot of the game was, in essence, the same that transcended through Nintendo: Jumpman had to rescue a lady subdued by a huge gorilla.

Two years after that premiere, the game created by Shigeru Miyamoto and Mitsuharo Sato began to be called Mario Bros. Among several relationships that can be established between one edition and another, there was the mythical red cap of the main character, Mario. This subject, who could jump and bounce, received those abilities from his creators, who wanted him to have some superhuman ability.

In statements compiled by the newspaper El País, Miyamoto explained part of the historical moment in which the figure of Mario Bros. occurred, in 1981:

“The number of colors and pixels we had was very limited. I challenged myself to achieve an iconic character with those restrictions. I drew a big nose and a mustache for players to recognize a face. The clothes were red and blue to distinguish their movements. And the cap, so that no one would find it strange that his hair did not move when he jumped ”.

Since then, multiple versions of the game have emerged, starting from the classic ones to others with a visual and gameplay proposal very different from the original. This has gone hand in hand with technological evolution, since Nintendo progressed from 8 to 16 bits, among other processes and improvements, and then entered the 3D universe until reaching this present, in which it already has a date of Mario Bros. movie premiere.

Through these evolutions, not only a commercial product was sustained, but a video game that little by little was passed from generation to generation.

From video game to icon

During the closing ceremony of the Rio Olympics in 2016, Mario played an important role. Shinzō Abe, the Japanese prime minister at the time, personified the character simulating that he was moving from Japan to Brazil. From then on, the character’s iconography was used in different ways to promote Tokyo 2020. Beyond the commercial impact that this strategy had, the evidence is clear: Mario Bros., over time, became one of the main Japan’s cultural ambassadors.

To achieve that, one of its evolutions was the key: Super Mario 64. This edition was presented after the first movie of Mario Bros., released in 1993. The classic game, from that moment, started to be played in 3D and nothing was the same. In fact, that bet ended up saving Nintendo. As journalist Enrique Alpañés recalls, the arrival of this game occurred in a complicated context:

“In 1996 a new player, PlayStation, had just entered the market, threatening the survival of classic manufacturers, such as Nintendo or Sega. In the end, the biggest loser was the latter and Mario became a hero. Not only did he save Nintendo, he laid the foundation upon which all subsequent platformers later built and established the Italian plumber as the pop icon he is today.”.

The Mario Bros. phenomenon was such that it became an object of study. That explains several books in which your case is addressed. One of them is Sobre Mario, from plumber to legend, which is co-authored by Alex Pareja. This author was consulted by Alpañés, in relation to the impact of the video game at the time:

“What Super Mario 64 did in 1996 was completely upset the platforming genre. Demonstrate that the essence of those games could be transferred, which until now seemed confined to two dimensions, to these new environments, and with the quality that always went hand in hand with the character and Nintendo. Crazy”.

The game was embraced by old and new users, despite the fact that there was no news about any other Mario Bros movie. That version was followed by others, because in the video game universe only those who are updated survive. Along the way, Mario was appearing in T-shirts, caps, flags, scale dolls, tattoos, among other manifestations. It seems that even those who have never played the video game know who the character is. Currently, the Mario Bros. franchise has its own space at the Universal Studios theme park in Japan. The attraction is called Super Nintendo World.

The film adaptation: will it be worth it? 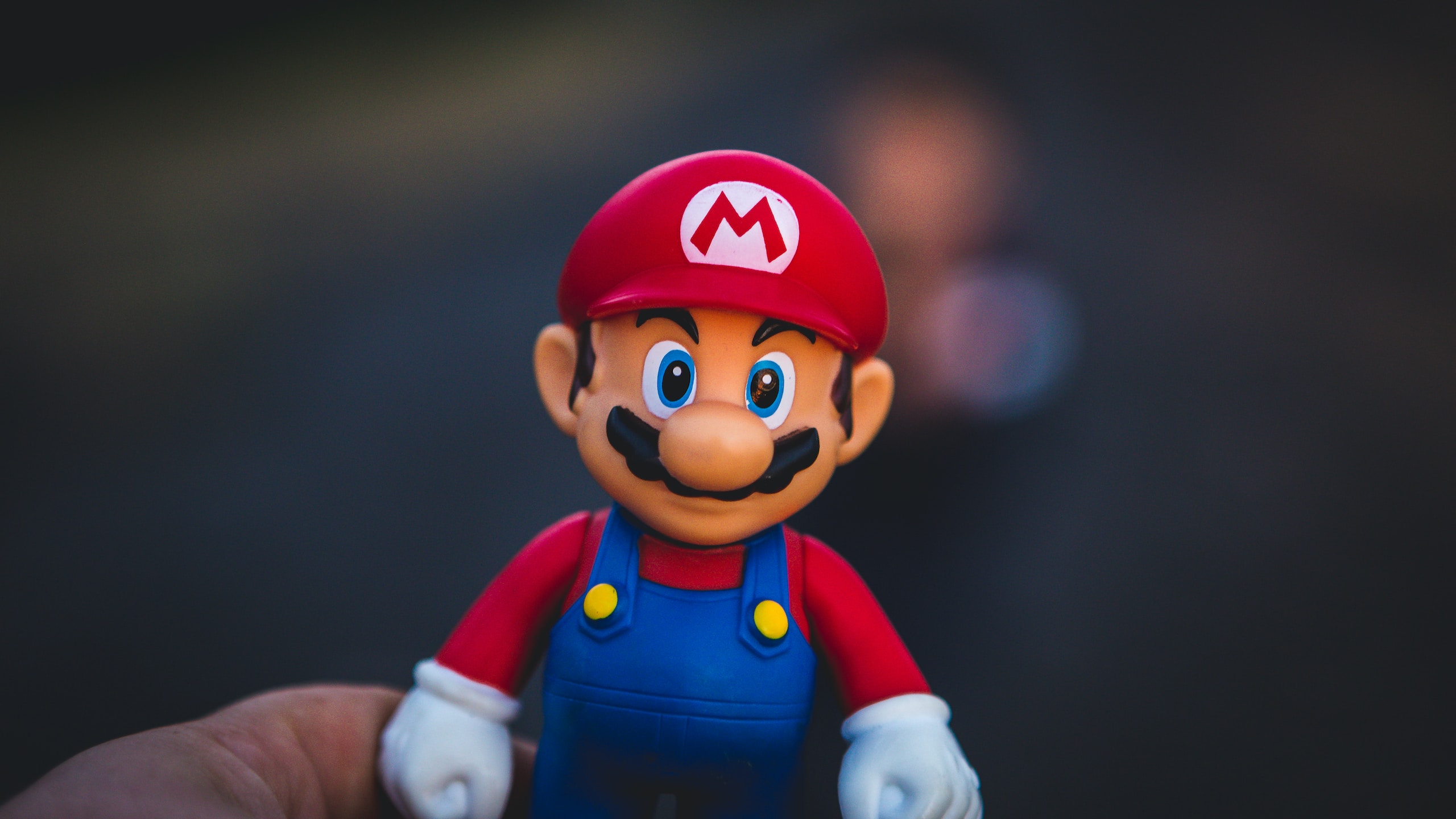 Photo by Boukaih on Unsplash

The Mario Bros. movie will be released in 2022 and will not be the first film in the franchise. That production was launched in 1993, under the title Super Mario Bros. The film was directed by Anabel Jankel and Rocky Morton, while Bob Hoskins played the famous character. If up to this moment nothing had been heard about this project, it was because it resulted in failure.

To get an idea of ​​the result, just look at the figures: it is estimated that the film had a budget of 48 million dollars. After its premiere, it grossed just over $ 20 million. Perhaps that bad experience influenced the passage of so much time between one movie and another. Beyond rumors, the first information about this new adaptation of the video game occurred during 2018. However, it was not deepened about it.

Judging by the evolution of the video game, adapting to formats and new genres of entertainment without losing its essence, this adaptation seems the next logical step within the franchise. Universes like Batman’s, for example, have different productions, both live actions and animations; Sonic, another cult character, also had his movie recently. Beyond the commercial focus of these types of projects, they are also an opportunity to continue cultivating narrative legacies in other spaces. That, too, is reaching more audiences.

The Super Mario Bros. Animated Film movie is heading to theaters in North America on 12/21/22!

Check out the voice cast for the upcoming movie below

Therefore, it makes sense that the production, led by Nintendo and Illumination Entertainment, is betting on several of the most recognized actors today. The protagonists of the story, neither more nor less, are consolidated figures through their work in films such as Guardians of the Galaxy and The War of Tomorrow, in the case of Pratt, while Taylor-Joy is, perhaps, one of the most promising actresses within a new generation.

As it is not a live action, the production saves some complications. There are few video game adaptations in that format that transcend. The use of animation will allow the production companies a series of tools and freedoms that, perhaps, in another register would be more complex to achieve. Between the cast, the moment in which the Mario Bros. franchise is located, positioned as a pop and cultural icon, and the way in which the adaptation will be developed, it does not seem like a bad idea to bet on the project.

Yolanda Daz assures the repeal of the labor reform “despite all the resistance, that there is and there are many”

Updated on Saturday, 23 October 2021 - 12:00The Labor Minister insists that it is "an unalterable decision", although she avoids...

The Age of Nonsense: Do Screens Lull the Intellect?

Experts say that the new generations are more incompetent. In reality, no one is free from the headache caused by...

Madrid is the fourth region with the highest fiscal pressure only behind the Balearic Islands, Cantabria and Catalonia

ngel Custodio Cabrera, Minister of Labor The pandemic and the recovery match experiences in countries as different as Spain and...