Rafael Amaya breaks the silence about his rehabilitation process for his addictions.

Rafael Amaya put an end to the rumors regarding his alleged addictions in a revealing and emotional exclusive interview with People en Español magazine. In the conversation, the actor confessed that he lost his “inner peace” due to being immersed in alcohol and drugs.

“I lost my inner peace, the love I had for my family, for my work. Little by little I was immersing myself in the dark mud of alcohol and drugs, living all the excesses possible that have been and have been, ”Amaya assured in the conversation.

The interpreter also explained that he hit rock bottom with his addictions eight months ago, so he turned to his great friend Roberto Tapia, who did not hesitate for a second to give him his significant support so that he could overcome his addictions in the privacy of a rehabilitation center in Mexico.

When referring to the people who supported him in his healing process, Rafael Amaya described Roberto Tapia, Carlos Appel, Julio César Chávez and Karem Guedimin as “the angels” that surround him.

In her interview with People en Español, Amaya mentioned that “bad friendships and not having our feet on the ground” was what made him withdraw from his family and good friends because of his addictions.

Rafael Amaya had been away from public life since April 2018, the date on which he mysteriously stopped publishing content on digital platforms. From that moment, the media and some fans speculated about the actor’s possible addictions after concluding his successful participation in the Telemundo series “El Señor de los Cielos”. However, no theory was supported by evidence. 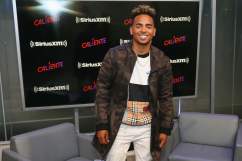 Rafael Amaya: How long were you confined in a rehabilitation center?

The Mexican actor announced that he was in rehabilitation for his addiction to drugs and alcohol for a period of four months at the Baja del Sol clinic in Culiacán, Sinaloa in Mexico, whose owner is Julio César Chávez. Likewise, Amaya mentioned that she is in the final process of her recovery and pointed out that it was her first time in a rehabilitation center.

“I have been four months in a clinic called Baja del Sol and they helped me. I was in rehab and I thank God, my work team, my family, all my brothers and cousins. To all the people who never took their finger off the line, even though I didn’t know they were watching me. They became my guardian angels while I was submerged and isolated ”, confessed the Mexican star.

For his part, Julio César Chávez admitted that Rafael Amaya entered the rehabilitation center believing that he was his fictional character in the Telemundo series “El Señor de los Cielos”: “When he arrived, we really didn’t want to tell Rafa, but yes he got a bit psychotic, still believing himself the lord of the skies. But the days have passed and now months, and Rafa’s evolution has been incredible ”.

“I keep going to meetings, but I am finishing my process. This is for life. It was a four month treatment and I am very grateful, happy. I have faith in my hands, I feel a peace of mind like I have never felt before and rehabilitation is for whoever it wants, “said Amaya to make it known that she is in the final phase of her rehabilitation process.

Rafael Amaya: In which clinic were you hospitalized to treat your addictions?

Rafael Amaya was admitted to the Baja el Sol clinic to be able to successfully overcome his addictions to alcohol and drugs. The rehabilitation center is owned by Julio César Chávez and has two locations: the first in Baja California and the second in Sinaloa (where the actor was for a period of four months).

According to the website of the Baja el Sol clinic, they are a “group of rehabilitated people with years of experience in recovery, with great desire to help others who live in the world of addictions.”

The Baja el Sol clinic has an outstanding team of health professionals such as therapists, psychologists and doctors who “based on their own experience and proven methodologies help people with different types of addictions.”

Rafael Amaya: Do you plan to return to acting?

In his interview with People en Español, Rafael Amaya announced that he plans to return to acting soon after going through one of the darkest moments in the personal sphere.

“Of course yes. This last year I was immersed in all kinds of excesses and I have been working as an actor for twenty-some years. Yes the fame affected me a bit, really, but now I’m starting on the right foot and with all these angels, “said the actor.

Amaya has been away from acting since his brief participation in the first episode of the seventh season of the Telemundo series “El Señor de los Cielos”. From that moment, the star decided to walk away from public life without any explanation with his thousands of fans.