Star Trek actor talks about his fight against alcoholism:

Wil Wheaton may have played one of the least loved characters in the Star Trek universe, but he has become one of the most loved actors by Star Trek fans.

One of the reasons Wheaton the man has won over so many fans, even the ones who hated Wesley Crusher, is because of his willingness to share his life, which has not been easy.

Wheaton has been very open about his struggles with anxiety and depression. He has spoken and written candidly about his father’s emotional abuse. He spoke to CinemaBlend earlier this year and detailed how his acting career was the product of an exploitative relationship with his mother, who was also his manager.

Wheaton turned five years sober with an emotional Facebook post
On January 10, Wheaton shared an emotional post on Facebook detailing his struggles with alcoholism. In posting an essay, Wheaton shared how he had spent years using alcohol to deal with the emotional abuse he had faced as a child. He revealed that he had spent years trying to reconcile with his parents, and when that didn’t work, he turned to alcohol to ease the pain.

Wheaton also disclosed that by the time he realized he needed to be sober, he had been drinking every day for quite some time. After sharing some details about the incident that made him realize he needed to stop drinking, Wheaton wrote about how his wife and best friend gave him the love and support he needed to get help.

The lengthy article then detailed the nuances of addiction and trauma that is often at its core. Wheaton wrote about how necessary it was for him to take responsibility for his actions and his decision to consume alcohol to deal with his trauma. However, he also made it clear that sobriety had taught him not to accept other people’s mistakes, which meant accepting that his parents’ decisions to abuse him were theirs.

The 48-year-old actor ended the powerful post by expressing his gratitude for his sobriety and for the community that has helped him stay sober.

Thanking his TNG family
Towards the end of the post, Wheaton reflected on the fact that his Star Trek: The Next Generation (TNG) co-stars had been more of a family to him than his parents. He thanked them for the role they had played in his life and his path to sobriety.

The closeness of the TNG cast has been well documented over the years, both by the media and by the actors themselves.

Earlier this year, Wheaton wrote another emotional post, this time on Instagram, in which he talked about his TNG co-stars.

The actor shared an image from a star-studded Zoom call, which included Marina Sirtis, Gates McFadden, LeVar Burton, Patrick Stewart, Michael Dorn, Jonathan Frakes and himself. In the legend, he explained that in a year, without a pandemic, everyone would be gathering to celebrate Sirtis’s birthday, so this year they were doing it virtually.

Wheaton then wrote about how his TNG co-stars were the only people who had ever loved him “unconditionally, selflessly, simply because I exist.”

Wheaton found the family he needed by joining the Star Trek universe just like so many fans who have found their people by connecting with other “Trekkies.” 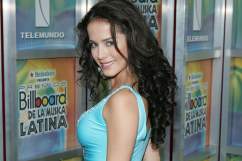