Will Zuleika Soler be given another chance at NBL?

Last Sunday a heart attack gala was held at Nuestra Belleza Latina, where the jury chose 9 of the 10 semifinalists who won the key to be in the Mansion, and the elimination of Zuleika Soler, one of the participants with the greatest favoritism , still has fans of the show shocked.

The Salvadoran beauty queen, who became one of the most anticipated participants of the reality show in networks, was not chosen by the judges to enter the Mansion, but many of her followers hope that perhaps the production will return it to call and give him a pass to the royal house.

And amid the call from fans of the former contestant for Zuleika to be called back to the program and, as has happened on previous occasions in which eliminated contestants are surprisingly reinstated, the young woman was questioned about that possibility and brought up her version.

The model and former Miss El Salvador was questioned by one of her fans about that chance, through a “live” that the young woman had with her followers, and there she was sincere.

What Zuleika Soler did mention as an option that she does not rule out and hopes that it will become possible in the future is to one day become part of the Univision team of professionals, through the offer of a job in one of the programs of the channel, which he said admire a lot.

“That would be an honor…. So, there I would say yes, yes (I would like to work with them) ”, the Salvadoran queen replied with great confidence.

In that same conversation with her fans, the former contestant of Nuestra Belleza Latina confessed that she does not hold any kind of resentment with Univisión or with the show’s production for being eliminated, despite having hoped to go very far.

“I am extremely grateful to Univision and the production, for this opportunity to be part of Nuestra Belleza Latina, in this edition. For me it was a great learning experience, a great experience and I take a lot of beautiful things with me, but I’m not going to be badmouthing anyone or the production. They treated me very well, ”said Zuleika, acknowledging that being removed from the program hit her like a bucket of cold water.

“At that moment it made me feel bad. I was very sad. I’m not going to tell you that it didn’t hurt, because it did. It hurt me, because I have been preparing for Nuestra Belleza Latina for more than a year. I took public speaking classes, I practiced many things. It was my great dream to win, and it is an honor to represent El Salvador and Latin America ”, said the young queen, who left with a bad taste in her mouth due to the treatment that Jomari Goyso gave to her challenge. “Jomari’s criticism was unfair. Yes, I think so, because my challenge showed my talent, it showed that I can edit, that I am creative with my ideas and I did it with great affection and he did not see it. I think his comment and criticism was unfair ”. 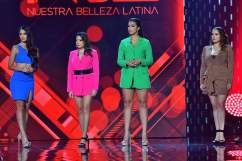 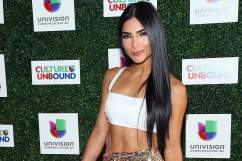