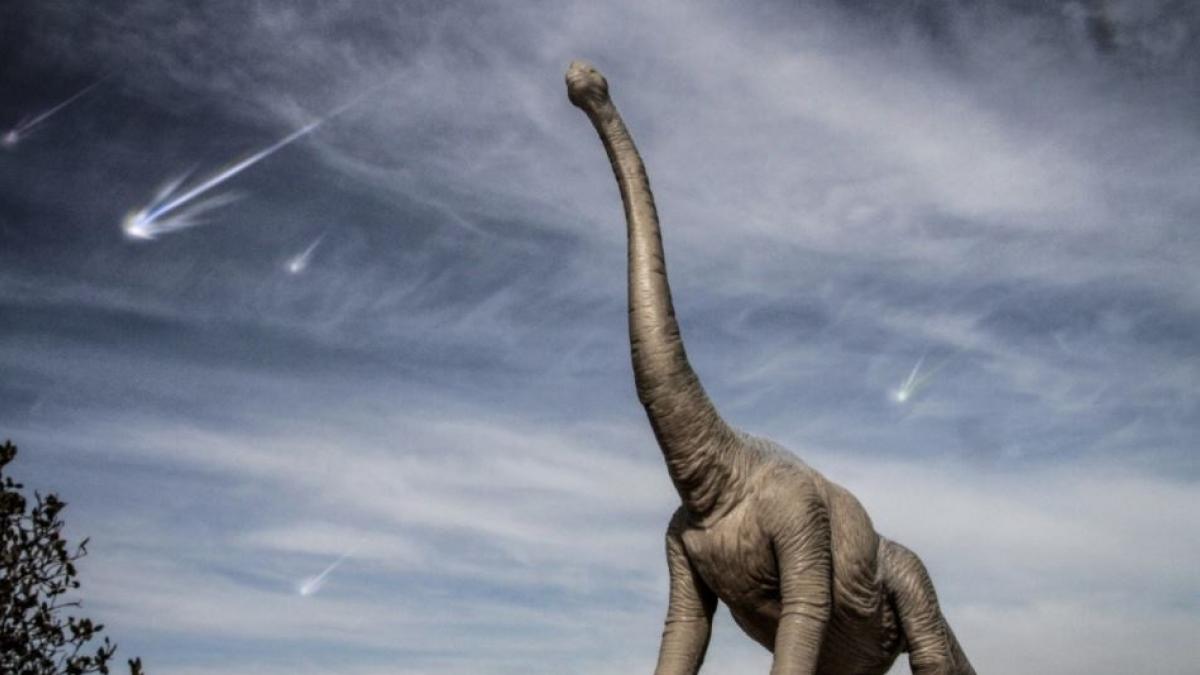 An analysis of statistical models on the diversity of dinosaurs shows that they weren’t in decline at the time of its extinction by an asteroid struck 66 million years ago.

Researchers from the University of Bath and the Natural History Museum have assured that if the impact had not occurred, the dinosaurs they could have continued to rule the Earth.

Dinosaurs were widespread throughout the world at the time of the asteroid impact at the end of the Upper Cretaceous period, they occupied all the continents of the planet and they were the dominant animal form of most terrestrial ecosystems.

However, it is still controversial among paleobiologists whether the diversity of dinosaurs was decreasing at the time of its extinction.

To address this question, the research team compiled a set of different family trees of dinosaurs and used statistical models to assess whether each of the major groups of dinosaurs could still produce new species at this time.

Their study, published in the journal Royal Society Open Science, discovered that dinosaurs they were not in decline before the asteroid impact, which contradicts some previous studies. The authors also suggest that if the impact had not occurred, dinosaurs could have continued to be the dominant group of land animals on the planet.

The study’s first author, PhD candidate Joe Bonsor, explained in a statement: “Previous studies Performed by others have used various methods to conclude that dinosaurs would have become extinct anyway, as they were in decline towards the end of the Cretaceous period.

“However, we show that if you expand the data set to include more recent dinosaur family trees and a broader set of dinosaur types, the results do not really point to this conclusion; in fact, only half of them do. “

It is difficult to assess the diversity of dinosaurs due to gaps in the fossil record. This may be due to factors such as which bones are preserved as fossils, how accessible the fossils are in the rock to allow for excavation, and where paleontologists look for them.

The researchers used statistical methods to overcome these sampling biases by looking at the speciation rates of dinosaur families rather than simply counting the number of species that belong to the family.

Joe Bonsor has stated in this regard: “The main point of our article is that it is not as simple as looking at some trees and making a decision: the unavoidable large biases in the fossil record and lack of data can often show a decrease in species, but this may not be a reflection of reality at that moment”.

According to Bonsor, “our data currently does not show that they were in decline, in fact some groups such as hadrosaurs and ceratopsians they were thriving and there is no evidence to suggest that they would have been extinct 66 million years ago if the extinction event had not occurred. “

While mammals existed at the time of the asteroid impact, it was only due to the extinction of the dinosaurs which caused the niches to be vacated, allowing the mammals to fill them and then dominate the planet.