Xiaomi, the smartphone that does not imitate Apple 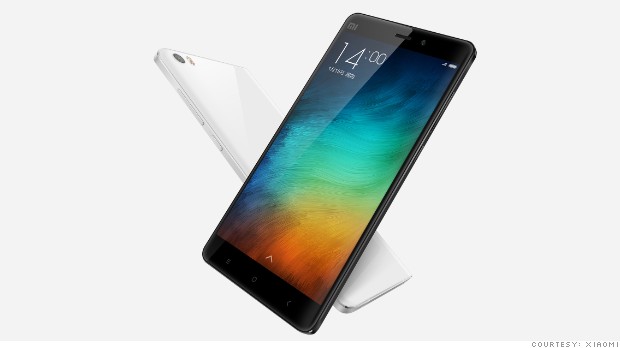 By Charles riley and Will ripley

“I think our answer is the new product that we just launched,” Hugo Barra told CNN on Friday, referring to the Mi Note, which was unveiled Thursday in an auditorium in Beijing packed with thousands of loyal fans. .

“I don’t think anyone is going to look at this product and say that it looks like something that has already been designed by someone else.”

The Mi Note has a 5.7-inch screen, a Sony camera and the ability to store two SIM cards simultaneously. President Lei Jun said the phone is thinner and lighter than Apple’s iPhone 6 Plus, and will be sold in China for about half the price.

Xiaomi is the most valuable startup in the world, although its name does not have much recognition outside of Asia. The company was founded less than five years ago and is now the third-largest smartphone maker in the world. It sold 61 million units in 2014 and amassed more than 74 billion yuan ($ 12 billion) in sales.

Despite its meteoric rise, Xiaomi has been haunted by accusations that it mimics Apple product designs. In the past, Lei has emulated the style of the late Apple founder Steve Jobs, donning dark shirts, canvas pants, and even using Apple’s iconic “one more thing …” slide to close his presentations.

But Barra, a former Google executive, said critics should take note of Xiaomi’s new designs, including the use of curved glass on the back of smartphones.

“I think the conversation has now moved to … where we are talking about Xiaomi going ahead with a new and innovative design,” he said. “I think we have already reached the end of that discussion that it is an imitation.”

Barra said that in 2015 he will focus on developing Xiaomi’s operations in India. Expansion plans for the next few years include the United States, Europe and “everywhere.”

“Anyone who works in technology … should do his best to spend time here in China because his perspective will change … and it will change radically.”