Do you remember when Twitch got together to pass Pokémon Red among all the chat users? More than a million different people participated in that peculiar experiment that took place seven years ago. Yes, seven years. Don’t worry, I just felt old too. The fact is that since then, playing Pokémon in increasingly rare ways has become popular, like that game where fish played in an aquarium. And even though many experiments have been done over seven long years, people are still overwhelmingly inventive. Can you see yourself able to complete the game by following the progress on a Twitter avatar?

Honestly, Constantin Liétard’s (@screenshakes) proposal seems crazy to me. As long as he continues to use his social network account as normal, a full game of Pokémon Red will take place on his avatar. The idea is that Twitter users respond to the tweet that you will find below, a bot collects the most voted option every fifteen seconds, introduces it into the game, updates the avatar and starts again. It seems somewhat complex and almost impossible, but at the time of this writing the initial Squirtle is taking on Brock’s Onyx. In less than two days!

You can now play Pokemon Red in my avatar! 🥳

Comment one of those buttons on this tweet:
Up, Down, Left, Right, A, B, Start, Select pic.twitter.com/9RV383BGjW 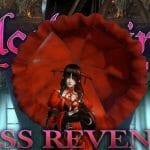 Twitch Plays Pokémon was quite chaotic but it took only sixteen days for users to pass the High Command, creating an impressive community, lore and memes along the way. Will this new way of playing Pokémon Red create a phenomenon like that?