Sony Interactive Entertainment and Polyphony Digital they have announced that Gran Turismo 7, the new installment of the iconic driving saga that will arrive on PlayStation®5 and PlayStation®4 on March 4, is now available for pre-order at the usual points of sale and on the PlayStation® Store.

All players who pre-order Gran Turismo®7 in both the physical edition in GAME stores and in its digital version through the PlayStation®Store will receive the following in-game items as pre-order incentives:

In addition, the availability of the limited 25th Anniversary edition has also been confirmed, which will commemorate the 25 years that Gran Turismo has been revolutionizing the world of virtual motorsport.

Finally, for all those players who plan to upgrade their standard version of Gran Turismo®7 for PS4 ™ to the standard digital version for PS5 ™, an option to update the title will be available from launch at a cost of € 10 *.

The arrival of Gran Turismo® 7 is going to be a true tribute to more than 150 years of culture and motor racing in a delivery designed for both lifelong fans of the saga, as well as for anyone who wants to enter for the first time in the motorsport universe. 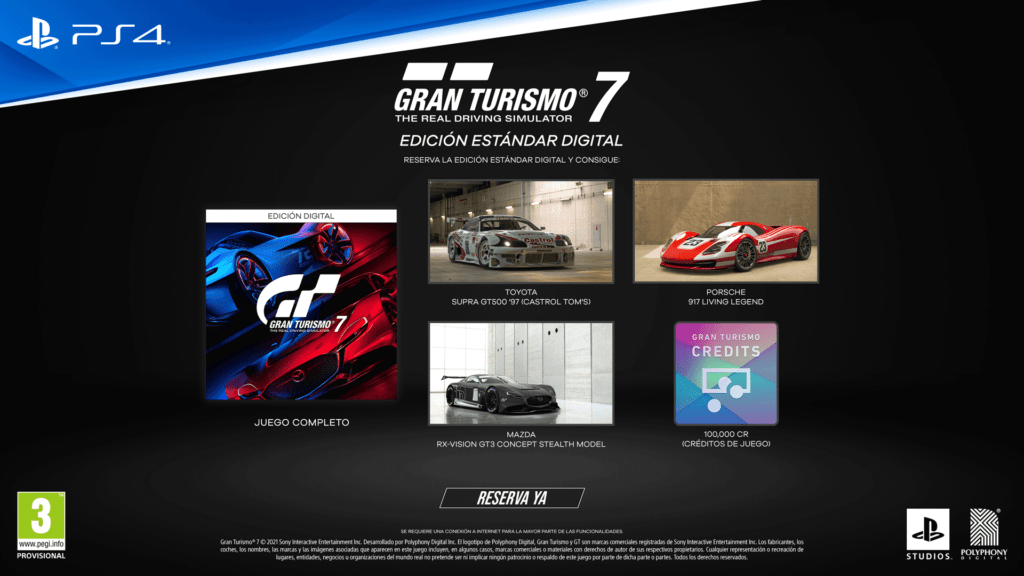 Ana Mª parera and Francisca Perelló, two women who have made the Foundation a benchmark