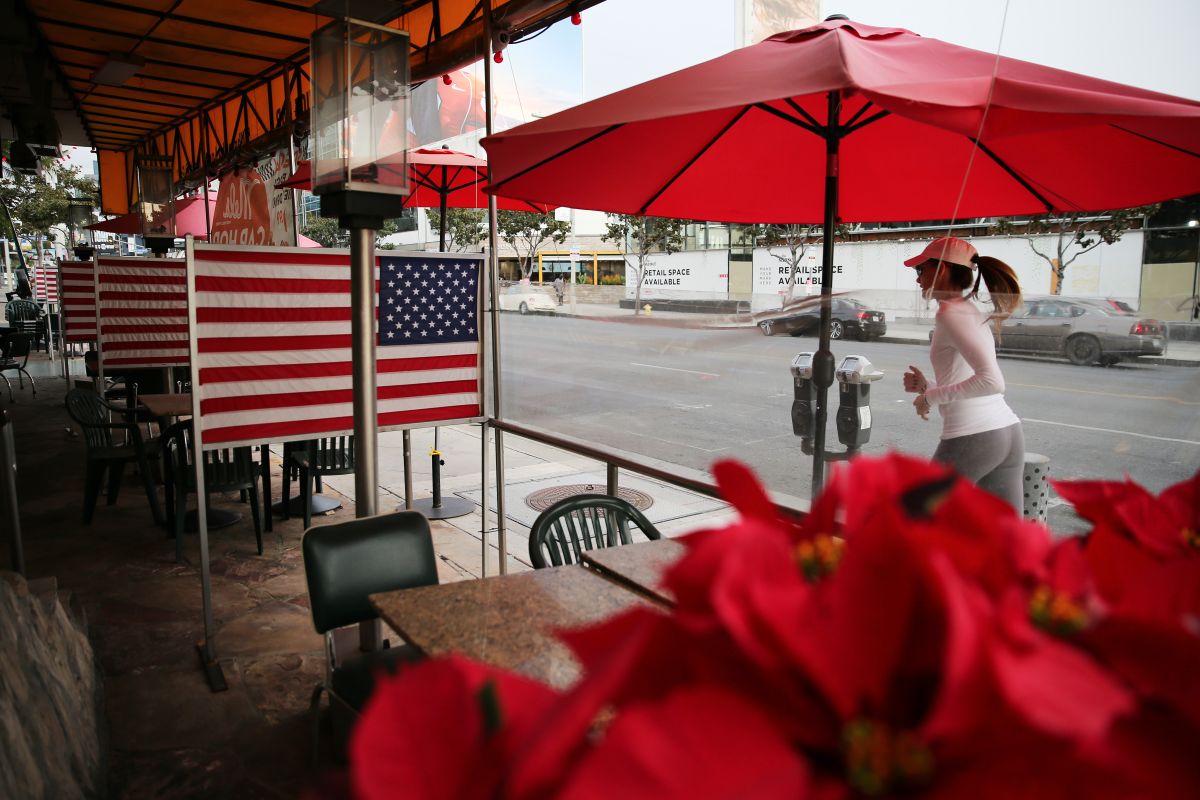 The increase in COVID-19 cases is leading to stricter rules and new closures.

Restaurants in the United States are in “free fall” amid the steady rise in coronavirus cases registering close to 10,000 stores that have had to close throughout the country temporarily or permanently since the beginning of September, according to a report from the National Restaurant Association that has requested Congress provide immediate financial relief.

Restaurateurs are asking lawmakers to pass $ 120 billion in aid for the industry that integrate 500,000 independent restaurants in the country.

Congressional leaders are currently negotiating a new stimulus package that, among other measures, would revive the Payment Protection Program (PPP), which aims to help small businesses but which does not specifically reserve funds for restaurants.

After the states eased restrictions in the summer, restaurants were able to recover a bit. However, the resurgence of COVID-19 cases is leading some cities and states to comply with stricter rules. A month ago Los Angeles restricted food to restaurants, breweries, wineries and bars.

“More than 500,000 restaurants of all types of businesses, chains and independents are in unprecedented economic decline,” wrote Sean Kennedy, executive vice president of Public Affairs for the National Restaurant Association (NRA) in a letter sent on 7 December to the leaders of Congress.

Kennedy added that “for every month that passes without a solution from Congress, Thousands more restaurants across the country will close their doors forever“.

An NRA finding found that almost 6 out of 10 independent chain and restaurant operators could fire or lay off workers for at least the next three months.

In November, the number of restaurant and bar workers declined by 18,000 after rising every month since April when closures caused a large number of job losses in the industry, according to data from the Federal Reserve Bank of St. Louis.

Restaurant owners are concerned about not being able to cover fixed costs amid the increase in pandemic cases, some of which received funding through PPP and the federal economic damage disaster loan program that helped cover the losses from closings in early spring.

Before the arrival of the holidays, several restaurants have been hired for private events, however, in the case of New York, Governor Andrew Cuomo, warned that private dinners could be canceled starting next week. Now the restaurants would be thinking of reinforcing their delivery or take-out strategies in the face of the new measures while waiting for the authorization of the use of vaccines to apply to the population.

In June a Yelp report revealed that about 16,000 restaurants had to close permanently.