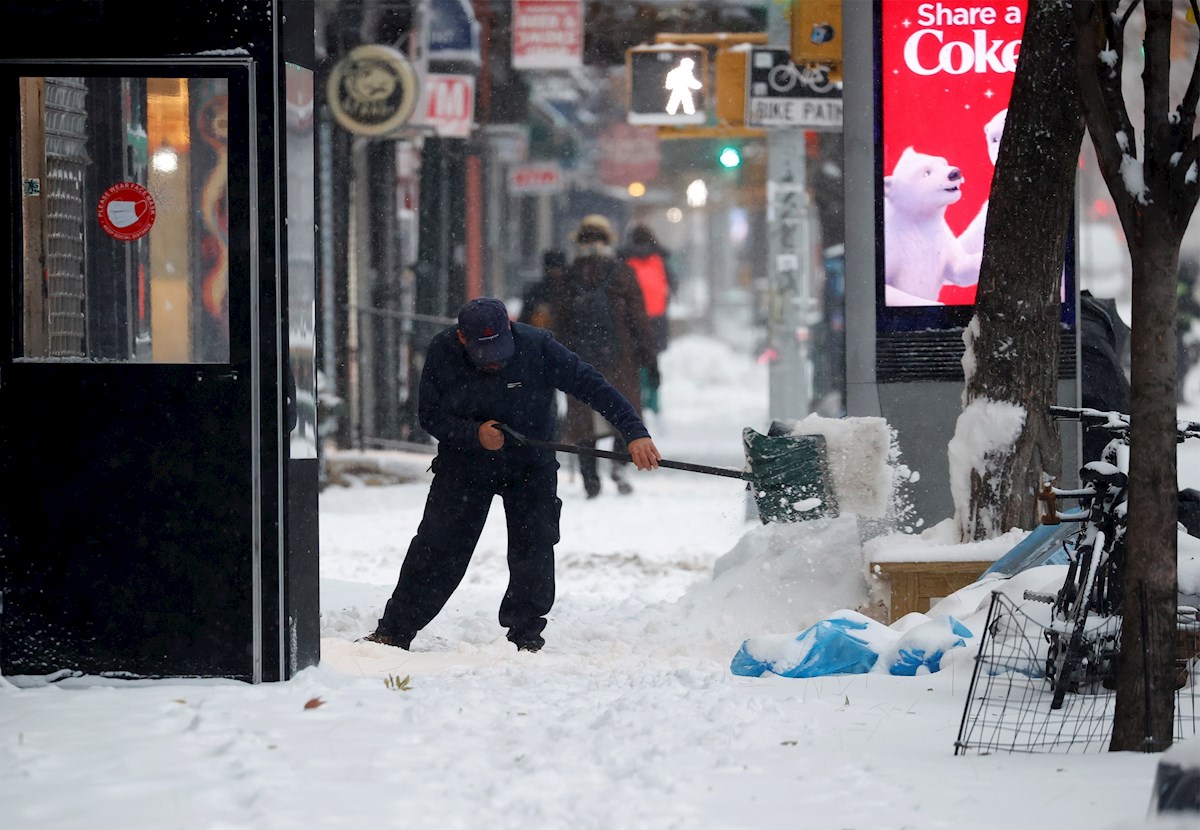 So far there is a snow alert for January 16.

Forecasters are monitoring the behavior of a weather pattern that could form a snowstorm that reaches at least 20 states in the next two weeks, including New York, New Jersey and Connecticut.

The pattern in the Arctic has been monitored for weeks and experts from Accuweather they say a weakening in the polar vortex could usher in the coldest air of the season.

The greatest effects of both low temperatures and snow fall they will feel from January 13, but it could be divided into two parts and run between January 16 and 19.

The report for New York City, for example, shows snow on January 16, but still with a 40% chance, although experts say that would change as the days go by.

“The polar vortex is a storm near the Arctic Circle that normally keeps cold air locked in near the North Pole,” he says. “When the polar vortex weakens, it can move south into one or more regions around the northern hemisphere”.

“A significant increase in heating demand and winter storms and lake effect snow are expected to interlock in cold gusts. it can greatly affect travel and daily activities in parts of the Midwest and East ”said AccuWeather’s senior meteorologist Dave Samuhel.

He added that temperatures will drop between 10 and 20 degrees Fahrenheit.

The first snowstorm to hit New York It happened days before Christmas.