(CNNMoney) – Wearables, cameras, mobile phones and other curiosities. These are some of the gadgets that attracted the most attention during 2015.

With the touch of a button, the spherical Theta S camera can take up to 25 minutes of 360 ° video. You can even post your videos live, if that’s your thing.

By wearing Yono in your ear as a headset, Yono Labs ensures that you can monitor your fertility cycle and hormones. Yono tracks your basal body temperature, notifying you of your most fertile points in the cycle. Monitoring your temperature can be more accurate than monitoring your ovulation. It can be ordered through Kickstarter. 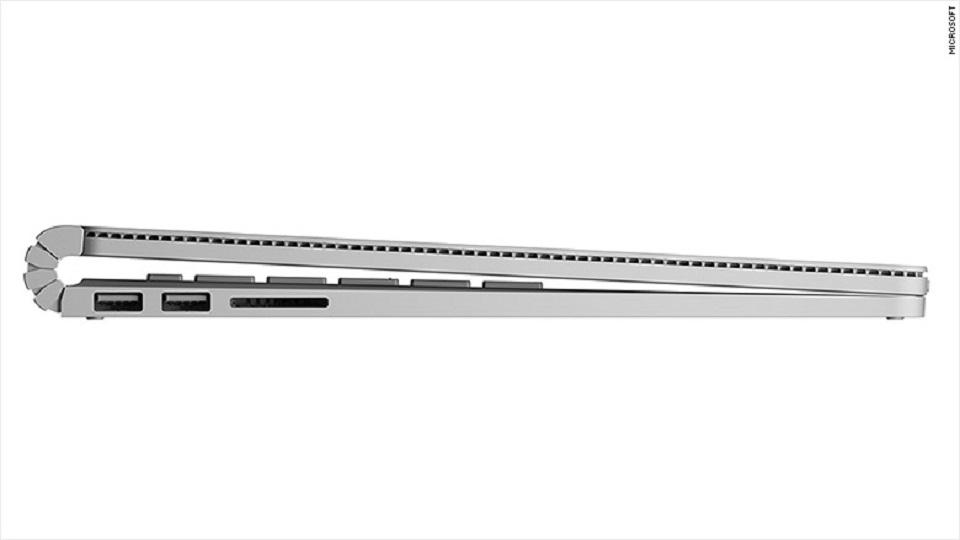 Microsoft’s new Surface Book is a legitimately groundbreaking laptop and tablet hybrid that could end the boring mold of laptops. When used as a standard computer, the Surface Book is incredibly powerful. But unlike regular laptops, which put all computing devices under the keyboard, most of the computing power of this one is behind its screen, making it a surprisingly light and powerful tablet. It can be purchased from the Microsoft store in the United States.

The Trunkster suitcase is like the Swiss army knife in luggage. Charge your cell phone. It weighs itself. It has a GPS monitor that connects to your smartphone in case you lose your luggage. And it opens without zippers, as if it had a garage door. It can be purchased through the Indiegogo platform.

Wove is a long, rectangular display that you can curve around your wrist, like a bracelet. The band uses low energy e-ink technology in its display, just like the Kindles. It is still a prototype, but the developers hope to get one soon. 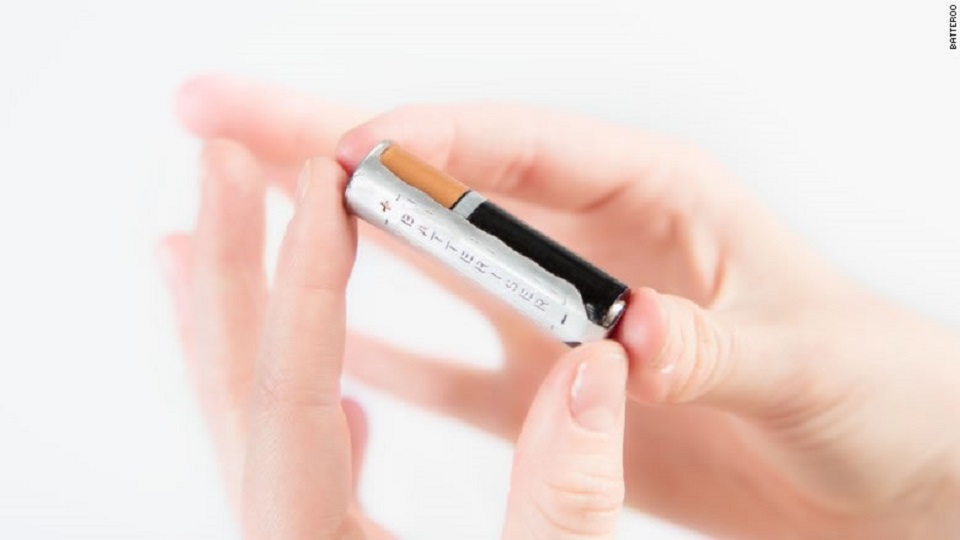 The Batteriser Battery Case promises to extend the life of your batteries by up to eight times by extracting their power – which you were about to throw away. (When AA batteries stop working, they actually still have up to 80% of their stored energy.) The small 0.1mm steel Batteriser sleeve has a tiny circuitry, designed to extract the remaining power from the battery. The project was supported through Indiegogo.

Microsoft developed glasses that offer an augmented – or mixed reality experience. Unlike Facebook’s Oculus Rift, which completely blocks the outside world to immerse the person in another reality, the HoloLens keeps one foot (and both eyes) in the real world. The goggle lenses are transparent, your view of the space around you is selectively blocked with digital images that blend in with real objects. It is currently only available to software developers.

In partnership with Verizon, Motorola introduced the Droid Turbo 2, the first phone with an unbreakable screen. The Droid Turbo 2’s display is an engineering marvel. The screen is made of five different layers, each designed to absorb shock.

Sensel Morph is like a large extra-responsive trackpad. You can write and draw on it, or manipulate objects on the screen with your hand. But the coolest thing is that Morph will turn into any object you want: keyboard, drawing tablet, piano, video game controller, or drums, depending on how you use it. It can be pre-ordered through Kickstarter.

The Compute Stick is the smallest PC in the world, a tiny device that turns any television or monitor into a functional computer. Similar to Google Chromecast or Amazon Fire Stick, Intel Compute Stick can be used on an HDMI port. The four-inch PC has Windows 10, 2GB of RAM, and 32GB of storage.

It is a BlackBerry that uses Android. The most unexpected union has created a smartphone that is getting rave reviews. Priv is expensive, but if you usually write emails from your cell phone, maybe the physical keyboard is worth it. At the moment it is available in the United States. 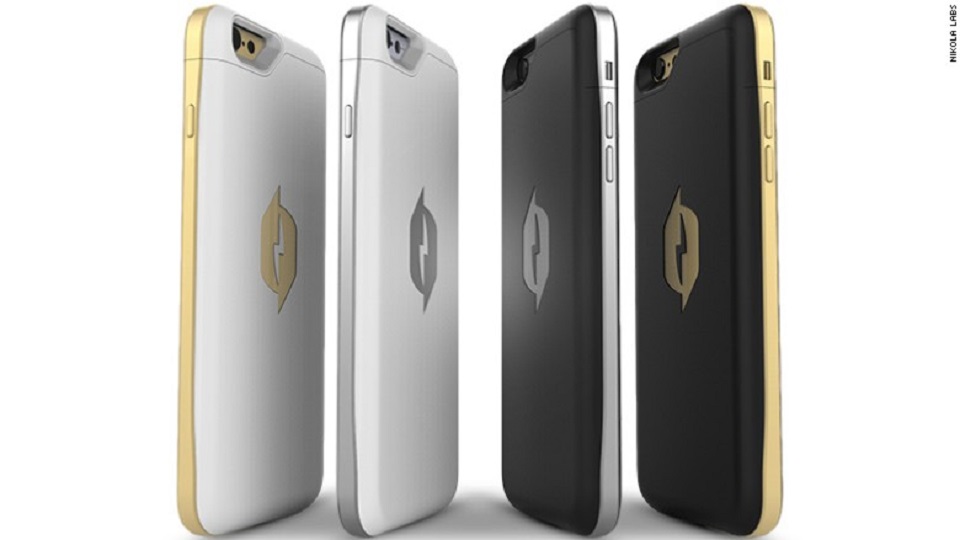 Nikola Labs smartphone cases hold and recycle the unused energy your phone creates by searching cell towers and WiFi routers. With normal use, Nikola Labs cases do not charge your phone, but help to extend your battery life by a third. But that’s probably more than it takes to end the day.

The newest member of the Roku family is one of the few media players that supports 4K video. And it does so with an incredibly fast processor. It also has optical digital audio.

The Apple Watch is the first smartwatch to capture the attention of consumers. Sure, it’s expensive and its abilities are limited, but it’s among the most impressive smartwatches on the market. Watch innovations like Force Touch and Taptic have even made their way to the new iPhone 6S. You can buy it directly from the Apple online store.

Thync, a wireless device that connects to your brain, promises to calm you down or make you more energetic. All you have to do is stick the device to your head and let it send waves of low-level electrical current until you get to where you want (typically 5 minutes). Thync was developed by a team of neuroscientists and experts in biomechanical engineering.

Google’s new breed of video players has better quality than the old Chromecasts. That will improve image quality, particularly for giant screens. It can be purchased at BestBuy México. 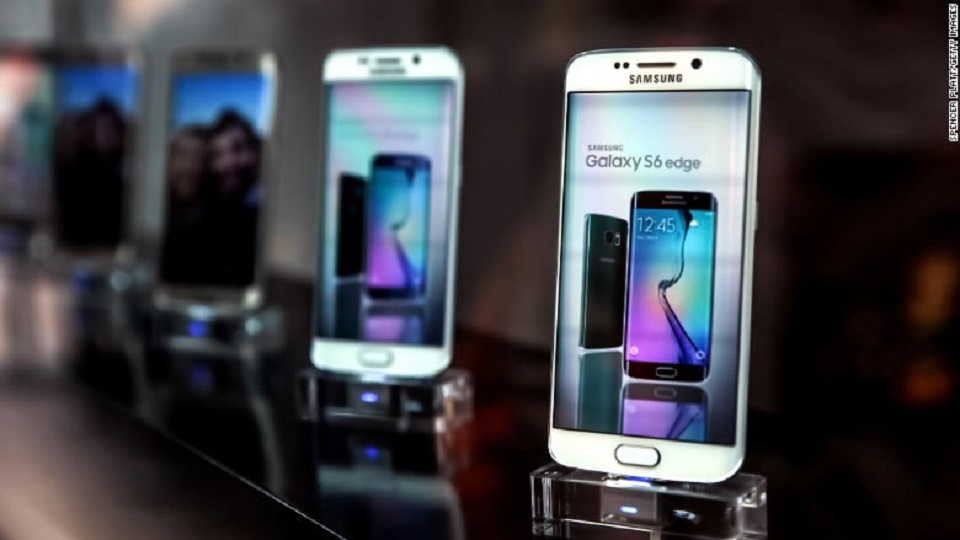 The curved screen on the new Galaxy 6S Edge may serve no practical purpose, but it certainly looks good. Pair it with an aluminum body, better camera, and Samsung Pay, and you’ve got the makings for one of the most popular smartphones of the year. It can be purchased through the Samsung online store.

The new Apple TV lets you ask Siri to find movies for you. It also has a sleek remote control, beautiful interface, and a new app store. That’s why Apple calls it the “future” of television. It can be purchased from the Apple online store.

The Moto X Pure Edition is everything a smartphone should be: slim, sleek, fast, has a long-lasting battery, a 5.7-inch display, a large camera, and a fast-charging battery. You can buy it through the Motorola online store.

Most smart watches are ugly. But the new Tag Heuer smartwatch combines the latest in wearable technology and . design that Swiss watchmakers are famous for. You only need $ 1,500 to have one. 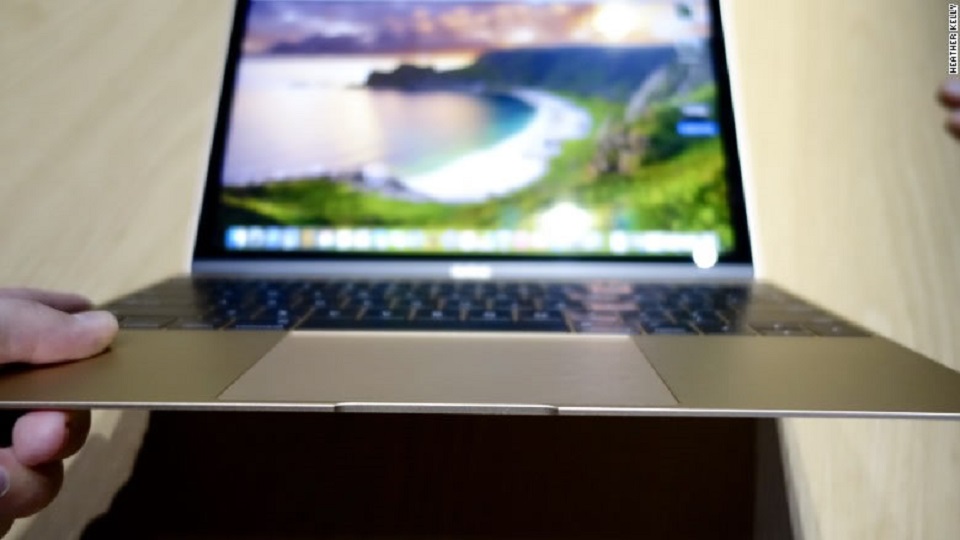 Apple’s new MacBook is the thinnest and lightest laptop ever. To achieve this, Apple engineers restructured many of the features traditionally associated with portable computers, giving the new computer only two ports. It’s fanless, 24% thinner than a MacBook Air, and weighs just two pounds. It can be purchased through the Apple online store.

Are you good at Guitar Hero, but have no idea how to play a real guitar? Jamstik + makes learning as easy as a video game. An app with interactive guitar lessons connects to the Jamstick via Bluetooth. Sorry Windows and Android lovers: it’s only for iOS.

The coolest feature of the iPhone 6S is its 3D touch, which measures how hard you press on the screen. It works like a right-click: Apple lets you press hard to preview, jump to frequent contacts, or view a “live photo.” It is an interesting feature for those who are waiting for the S versions of iPhone. It can be purchased in the online store.

The Nexus 6P is the latest high-end Google smartphone. Its flagship feature is a 12.3-megapixel camera optimized for taking low-light photos, correcting a flaw in previous Nexus. Manufactured by Huawei, the 5.7-inch phone also has a new USB-C port and a fingerprint sensor, located on the back of the phone.

Fairphone wants to reduce the number of ‘blood’ gadgets on the market. To achieve this, he designed a modular smartphone with some non-conflict minerals. It produces the phones in factories committed to treating employees fairly. And you have found a way to reduce the amount of toxic waste your phones produce when they are disposed of.